The Sunken Gardens was built in 1930 on an old 1.5 acre neighborhood landfill site in the heart of Lincoln. The sunken gardens were made in a depression (hence their name) and were originally known as Lincoln's 'Rock Garden', which described their design. The project was developped as an opportunity for unemployed men to earn money to support their families through the difficult economic circumstances. The original design aimed to evoke mountain scenery, as in England, with rocks on the terraced walls creating the garden’s edge.  But the planting was undertaken by the city's horticultural department and concentrates more on bright floral display than on the use of Rocky Mountain, Alpine or Himalayan plants. In the centre, there was a cascading waterfall surrounding “Rebecca at the Well,” a sculpture of a woman holding a water jug, by Ellis Burman.  There were two reflecting pools on the north and east sides of the garden.  In the north pool was an interesting historic feature - a geyser fountain that would shoot water in the air and create a thin sheet which could be used as a screen for the projection of movies or slides at night. The technology of the time was not equal to the task. Let us hope another attempt will be made using a digital projector. It would be a great way of evoking mountain scenery.  After nearly 73 years without a major renovation, the Sunken Gardens was overhauled in 2004.  While maintaining many design elements of the original garden, several new features were added making the garden easier to maintain and access.  A new parking lot, public restrooms, underground sprinklers, renovated ponds, retaining walls and new walkways were built during the 11 month project. Over 100 trees and 1,000 shrubs were added as well as 18,000 square feet of space for annual flowers, a design that changes year to year. Three new art pieces have also been added to the gardens.  Burman’s aged sculpture was replaced with artist David Young’s “Rebekah at the Well” which now stands at the top of the new cascading waterfall representing life’s journey.  Dr. Wayne Southwick also created “Reville” depicting his wife Ann getting the children out of bed and ready for the day stands in the Healing Garden.  Attached to the new restroom building is the Rotary Pavilion, a dome made of individual laser cut panels riveted together to create the four seasons of Lincoln’s skyline designed by architect Jeffrey Chadwick. Sunken Gardens is listed as one of the “300 Best Gardens to Visit in the U.S. and Canada” in the National Geographic Guide to America’s Public Gardens and is the only Nebraska garden to be included in this list. It is also the only public annual display garden in Lincoln. 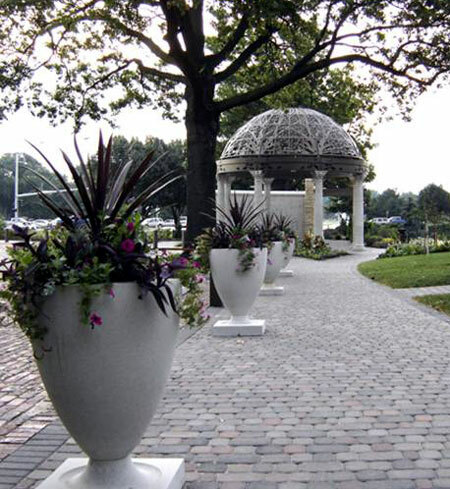 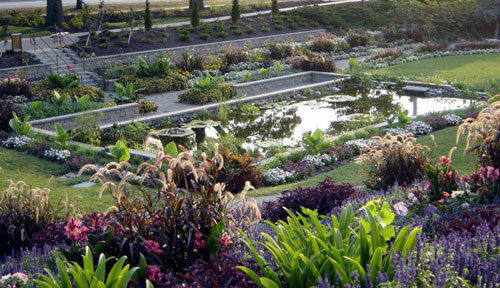 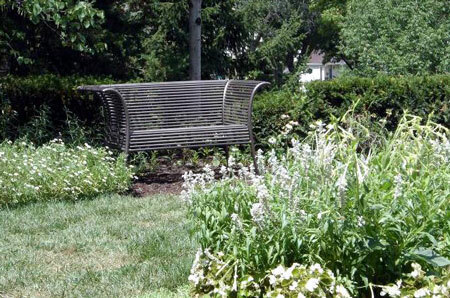 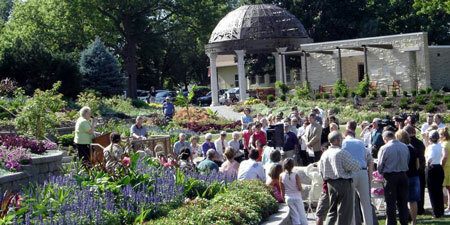