St Catherine's is a Greek Orthodox monastery on the Sinai Peninsula. Monks lived her in the 4th century and the monastery was built by the order of Emperor Justinian I (reigned 527-565)in the 6th century. It must always have had a garden and it has a garden today. The form of the garden may well have changed but as a type of space it is likely to be ancient: a walled and irrigated enclosure used primarily for food plants but also a place of tranquility and beauty.
The monastery's fame rests on its antiquity, its isolation, its library and its works of art. But it also deserves a place in garden history as an example of an early Christian/Byzantine garden.John Dixon Hunt wrote (in Greater Perfections: the practice of garden theory, p. 65) We have some eloquent images of gardens set like precious jewels in the inhospitable world of desert or mountainscape: there are oasis gardens, resolutely watered and kept green against the aridity of surrounding sand, or tiny walled enclosures betraying their presence in the red-brown Sinai Desert with the tell-tale green fingers of their cypresses. These last remind us of the Hebrew etymology of gan (garden) which shares roots with verbs for defense - hence the protected space of gardens - and for deliverance - with the implication of giving shade' 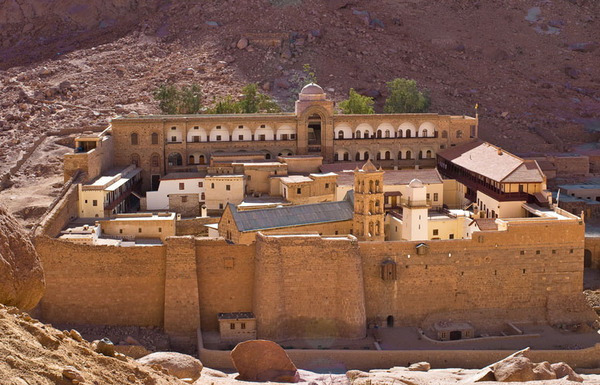 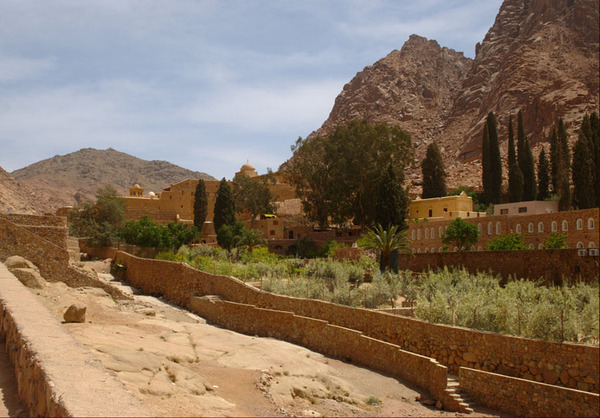