Springside Garden is the best surviving example of the work of Andrew Jackson Downing, and typifies the projects he wrote about in his chapter on 'Landscape or rural architecture' (in the Treatise on the theory and practice of landscape gardening, adapted to North America,1841). Downing was a great admirer of the Scots author John Claudius Loudon and it was through Downing that the ideas in J C Loudon's Encyclopedia of Gardening and Encyclopedia of Architecture were transmitted to North America. Springside Gardens were commissioned by Matthew Vassar, a brewer and founder of Vassar College, and Andrew Jackson Downing, was the architect and landscape architect for the project.Springside is much changed but remains the best example of Downing's work and is being restored.Springside was conceived as a ferme ornee ('ornamental farm') in the Hudson River Valley. 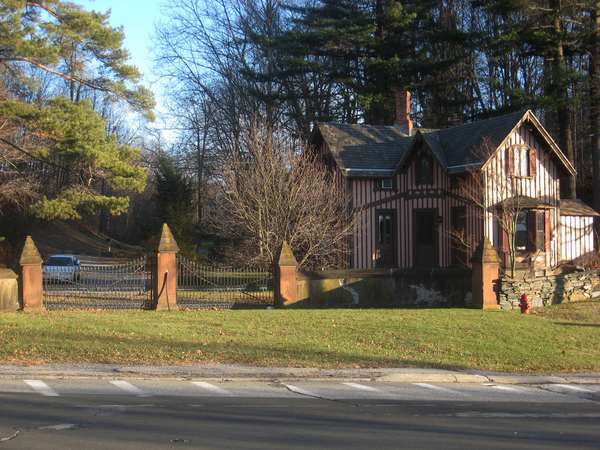