Sperlonga has a justly famous grotto. Tiberius visited the villa but was not its owner. Suetonious (Penguin edn p129) wrote that: 'He was dining at a country house called 'The Cavern', near Terracina, when some huge rocks fell from the roof of the natural cave which served as a banqueting hall and gave the house its name, killing several guests and attendants close to him'. The amazing sculpture which once ornamented the grotto was found being used as fill to make a floor in the pool. It is now in a museum on the site. 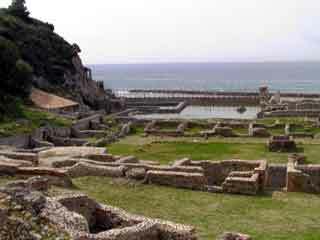 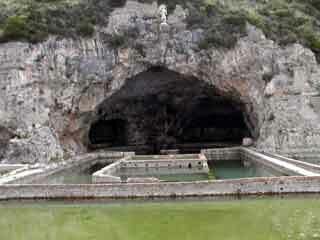