The Japanese House (Shoin-zukuri - desk centered) and Garden (Shofuso) built in 16th century style as used an educated aristocrat and government official. The house was designed by Junzo Yoshimura and the garden by Sano Tansai.

Tour our house, view our garden and feed our koi!

Shofuso Japanese House and Garden is a traditional-style Japanese house and nationally-ranked garden in Philadelphia’s West Fairmount Park that reflects the history of Japanese culture in Philadelphia, from the 1876 Centennial Exposition to the installation of its contemporary paintings in 2007.

A viewing garden with koi pond and island, a tea garden, and a courtyard garden comprise the 17th century-style Japanese walled and fenced garden of this historic site and museum. The newly-restored, historic 1876 Sakura Pavilion is year-round space for programming, classes, meetings, events, and exhibitions.

Shofuso was again named the third-ranked Japanese garden in North America by the Journal of Japanese Gardening in 2013,was listed on the Philadelphia Register of Historic Places in 2013, and is a contributing structure to the Fairmount Park National Historic District since 1972. 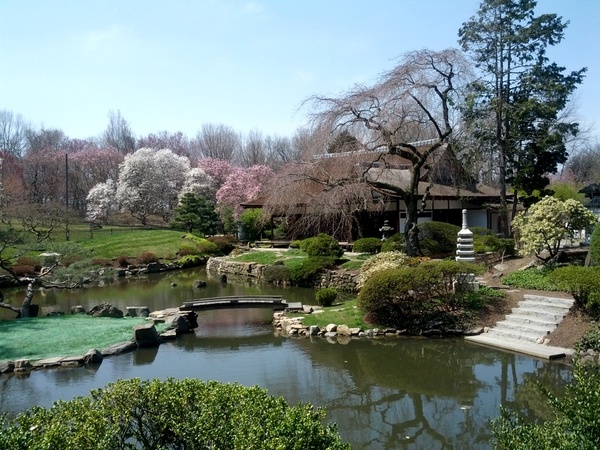 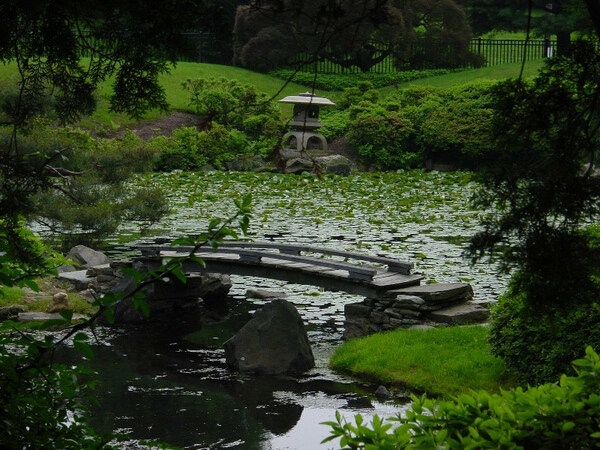 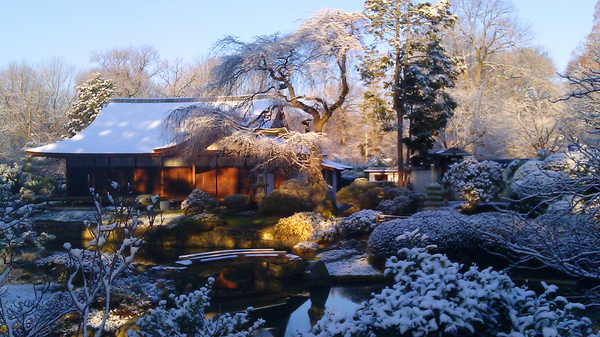 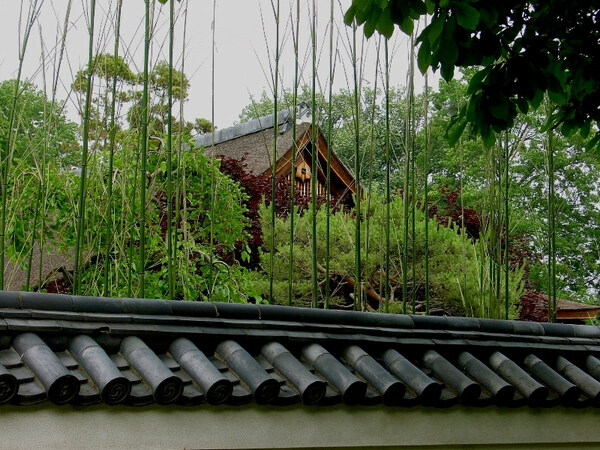 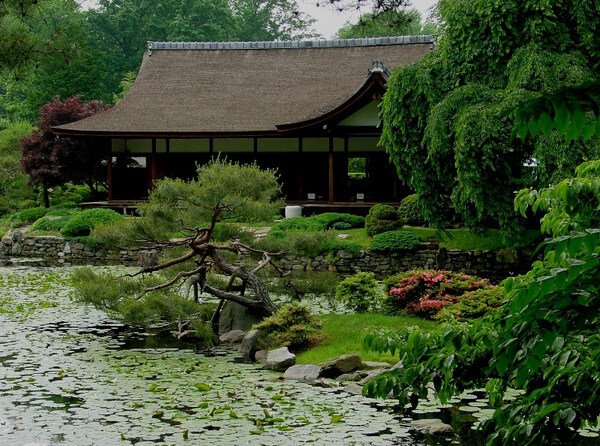 Shofuso was built in Japan in 1953 using traditional techniques and materials and exhibited in the courtyard at the Museum of Modern Art in New York. It was moved to Philadelphia in 1958, to the site of several previous Japanese structures dating to the 1876 Centennial Exposition. In 2007, internationally renowned artist Hiroshi Senju, inspired by our waterfall, donated 20 murals to Shofuso.

A majestic weeping cherry tree overlooks the house and pond. On our island, a pruned red pine stretches its branches over the pond's surface.

Shofuso is open for visitation, group tours, private tea ceremonies and wedding ceremonies from April to October. We are open for general admission Wednesdays through Sunday from May to September and scheduled group tours every day. We are open in April and October for admission on weekends and for weekday group tours.

$7 for adults, $5 for children ages 3 and over, students with ID, and senior citizens. Free for members and children ages 2 and under.