Sher Shah Suri lived from 1486 to 1545 and is also known as Sher Khan or the Lion King. He founded the Sur Dynasty and ruled much of Afghanistan, Pakistan and northern India. His tombis in the manner of Mughal garden tombs but is set in the midst of a lake. Sher Shah defeated Humayun and drove him from India. UNESCO give the following account ‘The tomb of Sher Shah Suri at Sasaram is an imposing structure of stone standing in the middle of a fine tank and rising from a large stone terrace. This terrace rests obliquely on a platform with a flight of steps leading to the waters edge. The upper terrace is enclosed by a battlemented parapet wall with octagonal domed chambers at four corners, two small projecting pillared balconies on each of its four sides and pierced with a doorway in the east forms the only approach to the tomb.’ The mausoleum is on a square plinth in a square tank with steps descending into the water on four sides. The water therefore stands in place of the walled garden which surrounds Humayun's tomb - it protects the tomb and creates a beautiful setting. See also:chart of Asian garden design styles. 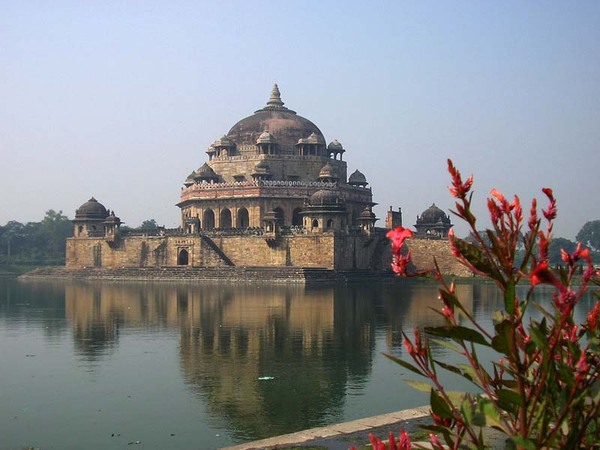 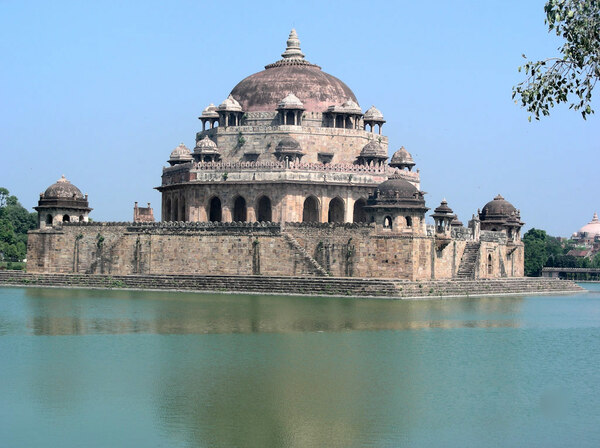 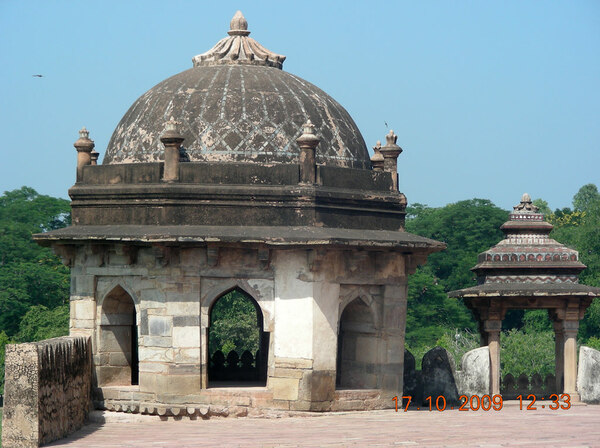