The garden and castle of Schloss Favorite in Mainz was destroyed during the Napoleonic Wars, with the schloss razed to the ground in 1793. The baroque garden is described by Marie Luise Gothein. The site became a landscape park in the nineteenth century and was severed from the river by a railway line. 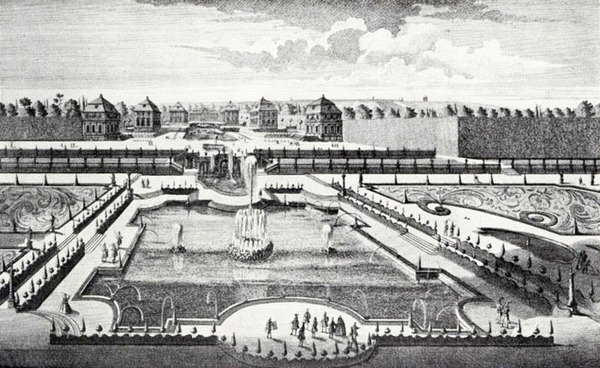