Sanchi is the site of one of India's oldest and most important Buddhist temples, built by King Ashoka (circa 273-236 B.C.), It has a Great Stupa (16m high and 37m diametre) and a number of smaller stupas. The four carved gateways (Toranas) have the finest Buddhist carving, and oldest stone sculpture, in India. The carvings show episodes from Buddha's life and what are believed to be early Indian royal palaces, which can be examined in conjunction with the approximately contemporary Ramayana. They are airy structures with wooden columns and flat roofs. Some of the temples at Sanchi (eg Temples 17 and 18) similar in plan to Greek temples dating from the same period with stone columns and porticos. Sanchi is not directly connected an incident in Buddha's life. Its old name The Hill of Vidisha (Vidishagiri) suggests it was chosen as a symbolic hill, visible from the town of Vidisha. Mountains were conceived as the home of the gods. The conversion of Sanchi from a monastry to a World Heritage site, and tourist attraction, has diminished its character and the metalled road which allows coaches to drive up the hill is unpleasant. But the old pilgrimage steps and paths through the woods retain a magical quality.

Sanchi was anciently known as Cetiyagiri and associated with Mahadeva. It was connected to the Maurya city of Vidisa by an ancient road, traces of which remain. Inscriptions on the stupa record the existince of great monasteries around the stupa, one of which (no. 51) may be of pre-Gupta age. The ruins of many later monasteries survive, with dates extending to the tenth century CE. The nearest village was known as Kakanadabhota but is now called Sanchi. In 2012 construction of a new University Of Buddhist and Indic Studies began at Sanchi, planned as a sustainable building with a Buddhist garden setting. See note on Buddhism and Gardens and see videos on Buddhism, Gardens, Landscape Architecture and Environmental Ethics. 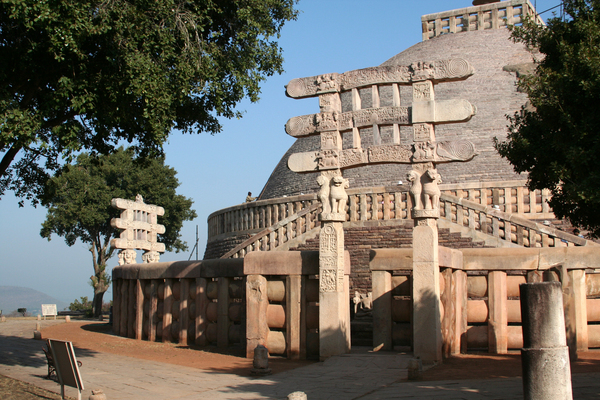 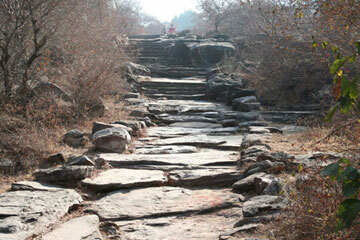 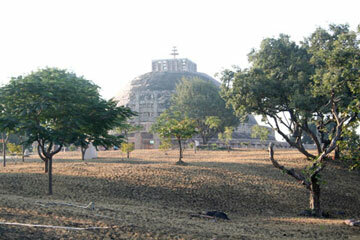