Reg's Garden is a 1.5 acre garden created by Reg Langlois since 1985. There is a large Koi pond with waterfall, aviary, alpine garden, amphitheatre and Fairy Garden (raising funds for Children in Need). Plants have been carefully chosen, not just for their appearance but also for their fragrance and attraction to wildlife.

A lovely place to sit and pass away a few hours in a relaxing area of one and a half acres of landscaped gardens with a large hundred and eighty feet long Koi pond with waterfall, fairy garden, bird aviary/sanctuary and amphitheatre. The garden has won the Jersey Tourism Silver Bowl major award two years following, for the best 'open garden' Strolling around the garden you will see thousands of plants, they have been carefully chosen for their perfume, looks and mainly for their attraction to wildlife. 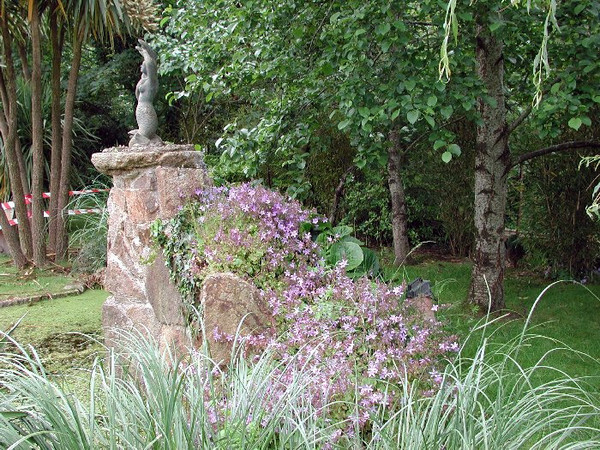 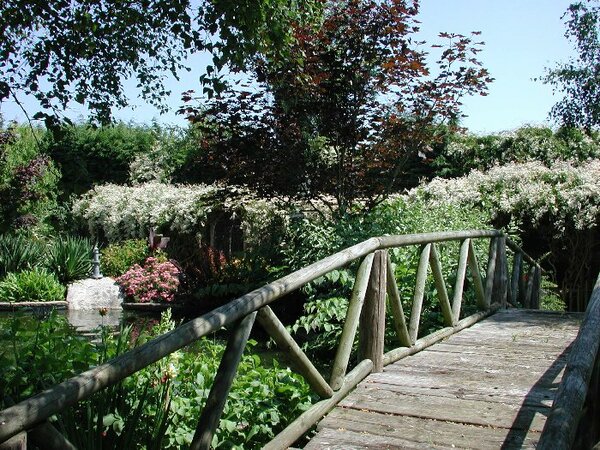 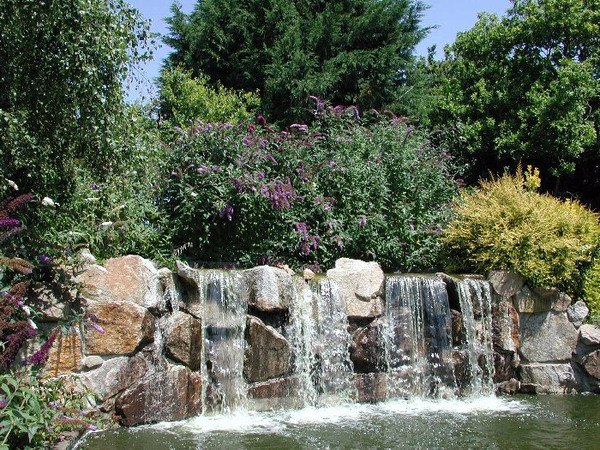 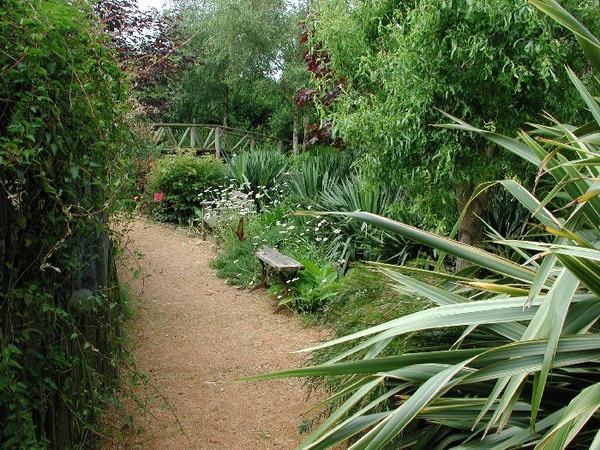 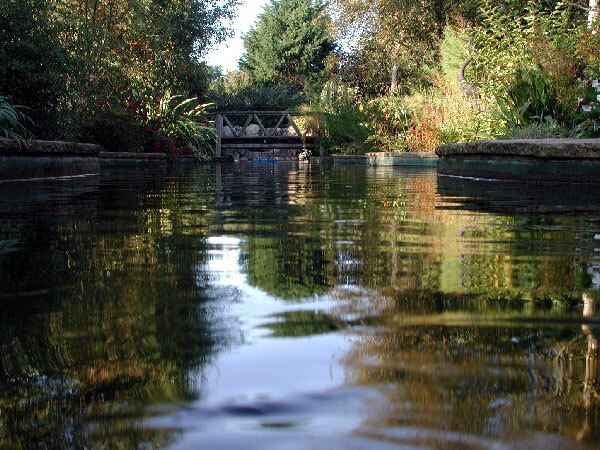 My father first used the land the garden is built on in 1947 for tomato growing and later in the 1960’s he used it as part of a camping site. The campsite was formally called Tabor Farm Camping Site and later the name was changed to St Brelade Camping Park. I managed the camping park for thirty enjoyable years, sometimes having as many as a thousand campers at a time.
In 1995 the land the camping site was on was sold for a building development, I was able to retain this area behind my house and create a garden as a retirement project. It had a few small silver birch trees on an area of grass. On the first day of obtaining the land I thought I would like to build a pond at the end of a garden. I measured out a large circle about one hundred feet across and looking at it from the house. It did not look right, I wanted to have it at the bottom of the garden and I also wanted it to be nearer the house. I compromised by stretching it. I did not want a straight wall pond so hence the result. We began to dig out the pond with a JCB. This took two months of evenings and weekends, during which time we sank a six inch borehole of two hundred and twenty-five feet, giving me around three thousand gallons an hour.
In early November 1995 we laid three hundred tons of ready mix concrete for the seven-inch base and six and a half thousand six inch concrete blocks Pouring the ready-mix with a concrete pump for the base only took five and a half hours. Building the wall with a good gang took five weekends. The best weekend the men laid two thousand six hundred blocks in two days.
During the winter 95/96 the filter system was constructed. Trees and hedges were dug out and replanted. The waterfall with eighty odd tons of stone was constructed.
In late February 96, when many feet of pipe work and plumbing had been completed, it was time to render the inside of the pond and give it a fine coat of plaster. I had to wait for the right time, about three weeks, for the weather conditions. They had to be just right, dry and warm, before the Fibreglass Company could undertake their work.
We started planting bushes and shrubs at this time, with help of course, and we ended up planting over three thousand five hundred.
With over half a kilometre of pathways laid, buying Koi Carp from Guernsey and installing them in their new home, all I had to do was wait for the plants to grow. Life was going to be dull if I did not have something to do all day The Fantastic Gardens in St Peter’s valley were closing down at that time and so I purchased a few different types of smallish birds. Since then I have learnt a lot about birds in a very short time. Bird and fish owners, who are giving up keeping their pets for various reasons, have added to the collection. Nothing gives me greater pleasure than going into the one hundred foot long aviary to feed the birds and watch their antics.