The 34 hectare Qunli Stormwater Park in Haerbin City has been listed as a National Urban Wetland. It was designed by Kongjian Yu's Turenscape and built 2009-11. The site, a natural wetland , was re-designed to serve as an urban park and as a place to collect storm water from the new urban district being built around its perimeter. The interface between the town and the wetland is formed by a series of walks, mounds, silver birch, decks, viewing towers and sitting areas. The design illustrates Yu's principle that China needs to 'make friends with the flood'. 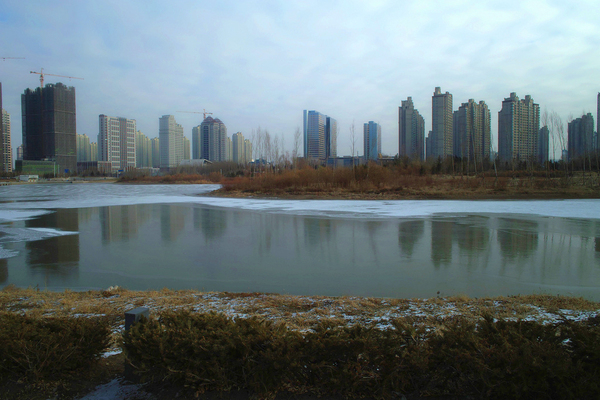