Bratan is a crater lake with a Hindu-Buddhist water temple built on islands. It was founded by the king of Mengwi in 1633 A.D and now has a temple garden on the lakeshore.  The temple is dedicated to the Indo-European goddess Danu. She is a mother goddess in both Celtic and Hindu mythology and has given her name to the River Danube and River Don. In the Rigveda Danu is associated with the primordial waters that existed prior to creation. Buddhist influence has led to the placing of a temple in a lake. Pura means settlement and Pura Ulun Danu  is a beautiful place. 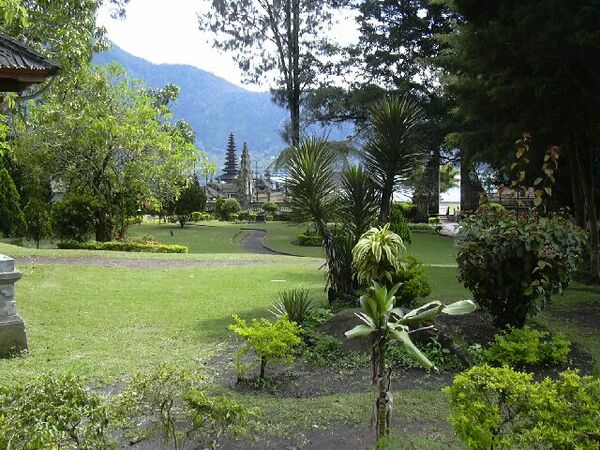