Pataliputra is the ancient name for the present-day city of Patna (which was adopted in the reign of Sher Shah Suri). The old name is believed to derive from Patali, meaning Trumpet Flower, which was the name of King Putraka’s wife. Gram means village and Putra means son. Pataliputra is on the banks of the Ganges and became powerful during the reign of Chandragupta Maurya. He was a contemporary of Alexander the Great and established an empire reaching from the Bay of Bengal to Afghanistan. Kauṭilya was an advisor to King Chandragupta Maurya (see note on Hindu gardens). The Greek historian Megasthenes left a description of Pataliputra with a moat, a timber palisade, bazaars, 2- and 3-story houses and ‘In the heart of the city was the royal palace, which stood in the midst of a walled-in park, with ornamental trees, tame peacocks and pheasants, and lakes full of sacred fish’. (See note on Indian/Mauryan gardens).The of Pataliputra/Patliputra site is now known as Kumrahar. 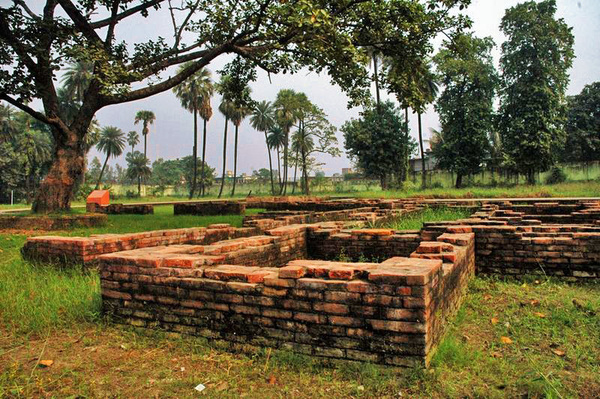 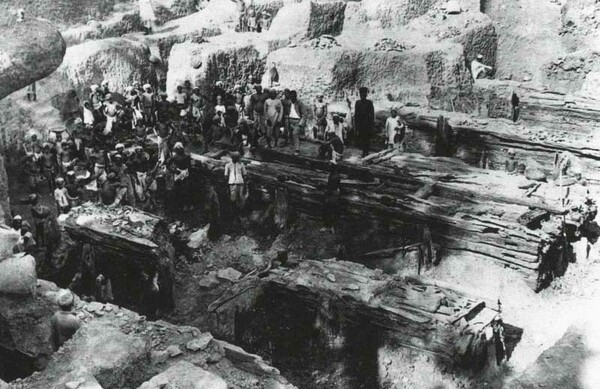 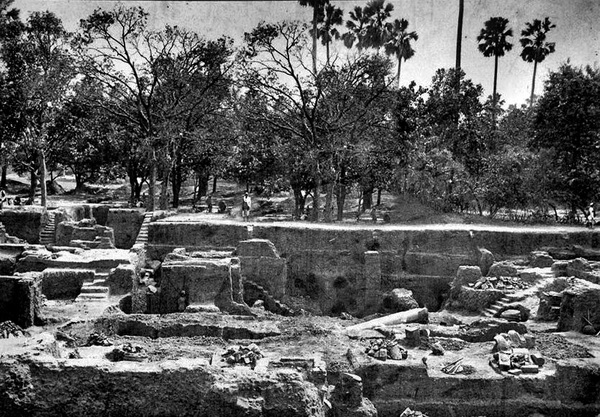