Cyrus (or Cambyses) the Great's palace garden at Pasargadae c550 BC. The paths are conjuctural. Water channels define the space between two palaces. There are two small pavilions. This is the earliest known remnant of what became the classical Persian garden. It is likely to have been planted with cypress, pomegranate and cherry. The plan is based on David Stronach's Pasargadae: a report on the excavations, (Oxford, 1978). The oldest Persian garden of which there are records belonged to Cyrus the Great c546 BC, in his capital, at Pasargadae in the province of Fars, from which Persia takes its name, to the north of Shiraz. The garden had a geometrical plan and stone watercourses. Cyrus the Great destroyed the Babylonian empire and established the Achaemenid Empire. It was an empire of great gardeners but it is thought that the gardens were used as places to admire from an upper window, or take an occasional walk. Eating and other social activities would take place in the garden pavilions, catching the breeze but protected from the sun. Gardens contained fruit trees and flowers, including the lily and rose. In 330 BC Alexander the Great saw the tomb of Cyrus the Great and recorded that it stood in an irrigated grove of trees. 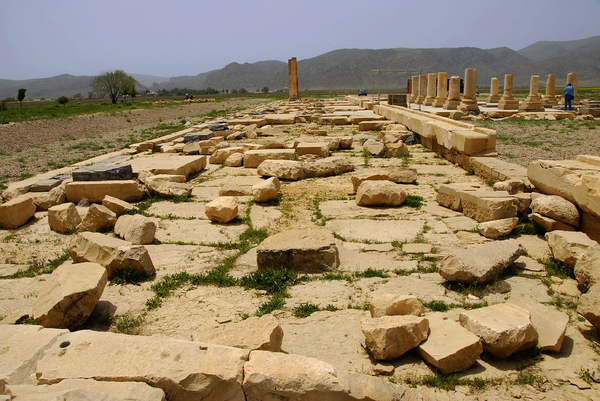 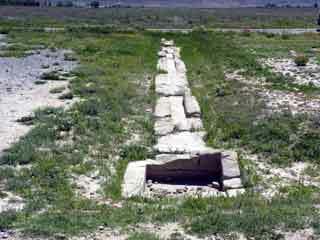 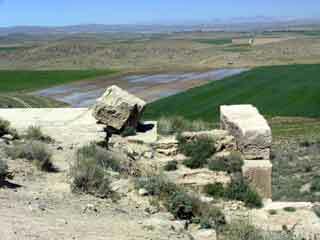