There is a Persian style garden inspired by Moorish water gardens. It has a canal reminiscent of the Court of the Long Pond in the Generalife Garden. The gardens also include a fragrance garden, Japanese garden, rose alleys, camellia labyrinth, lakes, and Yew topiary.

The alley of white pearls leads to the entry of the Floral Park of Haute Bretagne. As soon as we have crossed it, the Garden of Thousand and one Nights absorbs all our senses: it is bathed in the music of water, in the flowers' fragrances and colours. A curtain of three cypresses hides the breach in the wall of the ancient kitchen garden. It gives access to the Antique City, which sets up a Mediterranean world: classical columns adorned with climbing roses, an Iris-bedecked Odeon... in a space dominated by the lawn-alleys' green. A camellia labyrinth is leaning against its wall. It is hiding a Minotaur who will surprise the children, before they lose themselves in the bamboo grove. The end of this walk offers the view as well over the new Secret Garden with its two terraces as over a lotus-flowered basin, which is overshadowed by three pyramids planted with dwarf bamboo. The ancient roses' alley leads to the valley of poets with its water basins, bridges, moss carpets and wild bouquets. The promenade then opens over a lake and crosses the new Garden of Exotic Fragrances; next we are fascinated by the Blue Spring, surrounded by vivacious plants in all shades of blue, and a marsh inhabited by strange carnivorous plants... Some steps later we come to a circular little square with three granite benches: the Garden of Starlit Nights invites us to rest before discovering five hectares of new gardens. The promenade ends with the Garden of The Setting Sun, mirroring the castle's north façade, and the Prehistoric Garden, which illustrates the history of plants from the origin of the earth to the present day. 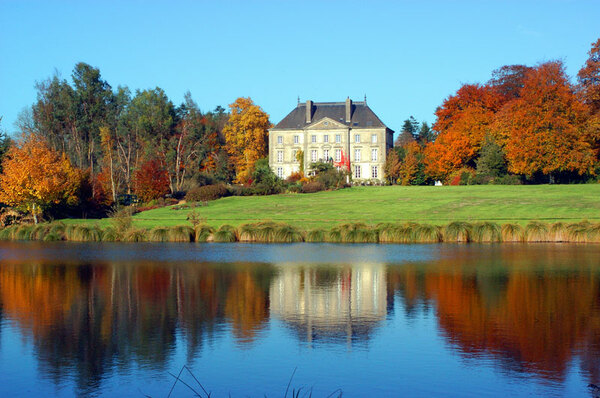 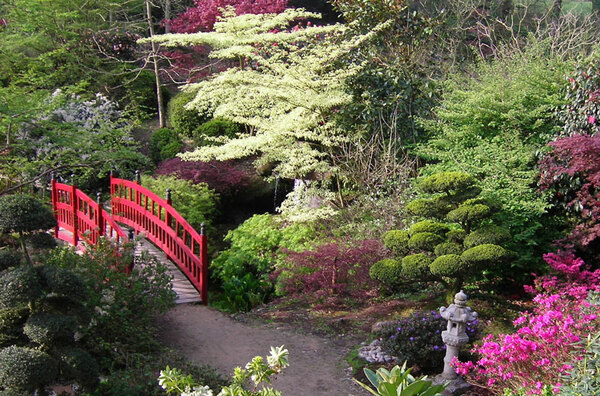