The garden was made bu the sculptor, Frederic Lemont, who had lived in Italy and fallen in love with the campagna. Though made in the early nineteenth century this is the same motivation which had led to the Augustan Style in England in the early eighteenth century. Garenne Lemot Park has temples, statues and columns in a romantic setting overlooking the River Sevre. Lemont was buried in the Temple of Friendship in 1827. There is also a Rousseau Rock and an Ancient Tomb with the inscription from Virgil: Et in Arcadia Ego ('I, too, lived in Arcady') 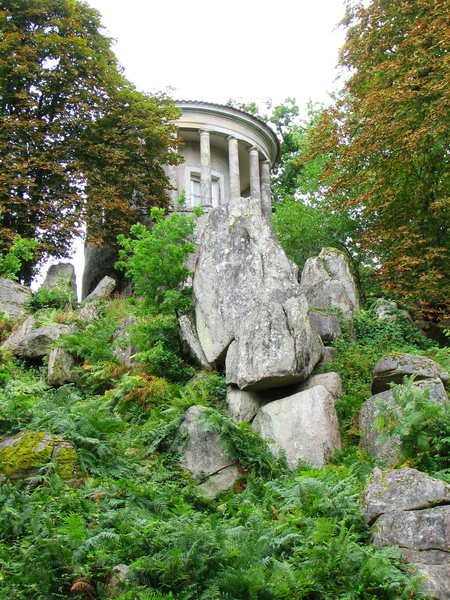 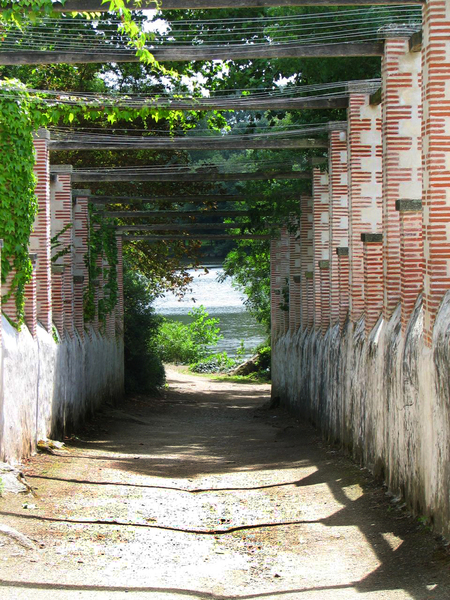