Gyre Island does not exist, except as an entry (by Tom Turner) to a landscape design competition

The proposal was explained as follows:

Gyre Island supports the deplasticisation of the South Atlantic. Straddling a gyratory current, a platform with motion damping will use long floating booms to assemble plastic. The profit on its recycling will help fund similar islands, and/or swarms of smaller islands, in the Earth’s five major ocean gyres - as is being planned by www.theoceancleanup.com The landscape design transforms an engineered facility into a Geddesian-McHargian multi-objective platform. Its deck will become an ever-changing exposition, artlab, ecolab, engineering lab, landscape lab, architecture lab and tourist destination:

- Seabirds will rest and breed

- Seeds, spores and substrates will flourish and perish

- Architects will learn about the potential for structures with living skins, so that the world may have greener cities

- Humanity will postpone the moment at which it becomes nothing

Gyre Island will be periodically re-skinned with organic and inorganic substrates to develop its fauna and flora.Instead of anti-fouling paint as used on ships, probiotic coatings will be used - in conjunction with flotsam, jetsam and other substances. As with materials developed for the space programme, testing coatings in the harshest conditions will pave the way for other uses. Vegetating the world’s cities will help concrete jungles evolve into green jungles. The island will be commissioned at 3°S 0°E on the Prime Meridian, south of the Equator and south of Null Island which, at 0°N 0°E°, is marked by a buoy but exists only in Geographical Information Systems with geocoding errors. ‘Gyre Island’ will flourish in counterpoint with ‘Null Island’. Design is destiny. Il faut cultiver notre jardin.

Note: soon after the design was completed The Oceancleanup team changed from proposing one large island to proposing a shoal of smaller islets (with long floating booms). They were surely right to do so and we hope the project will succeed in removing plastic from the oceans. Also, we hope the idea of making the islets works of art as well as ecological devices can make a contribution to the project. 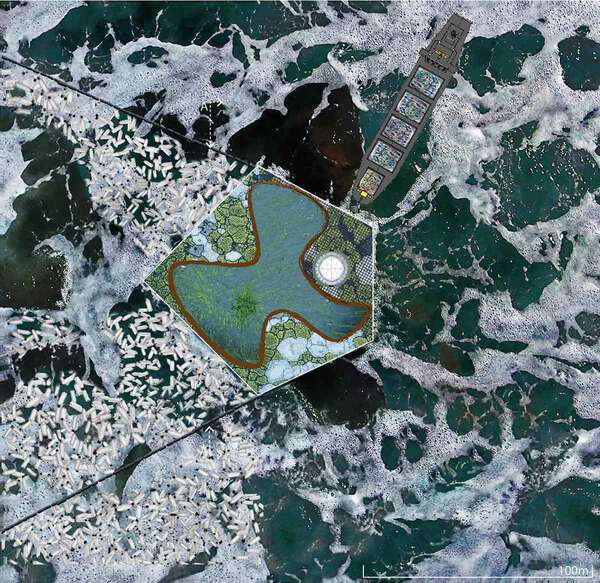 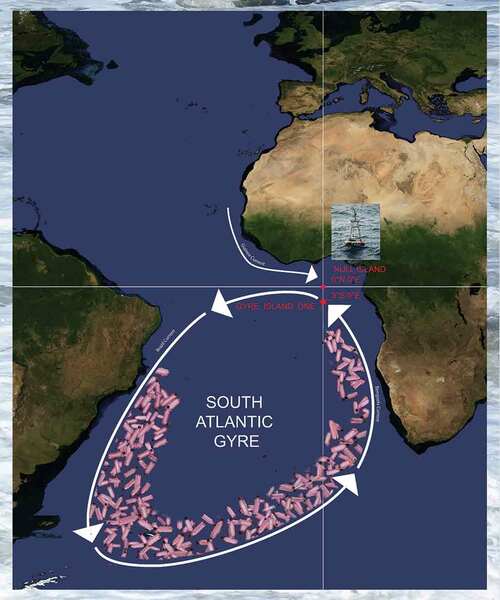 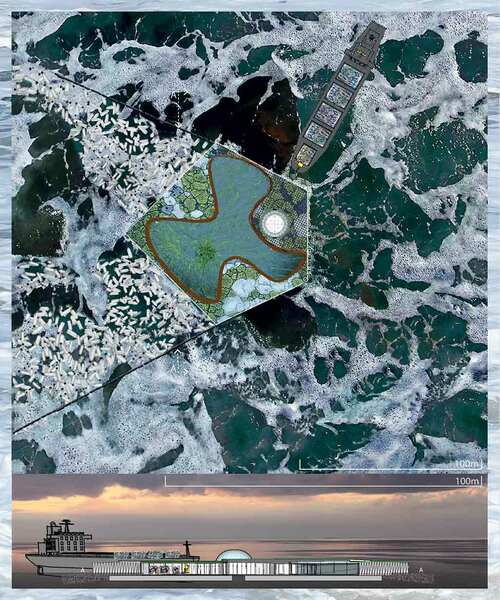 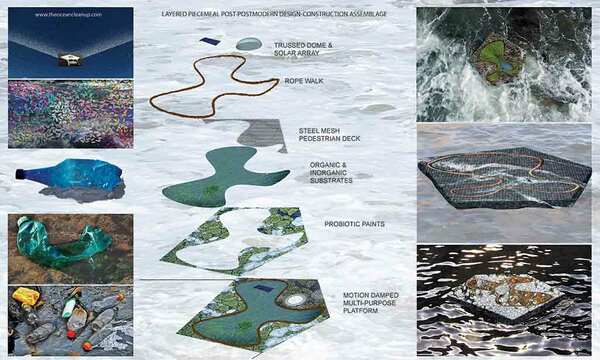 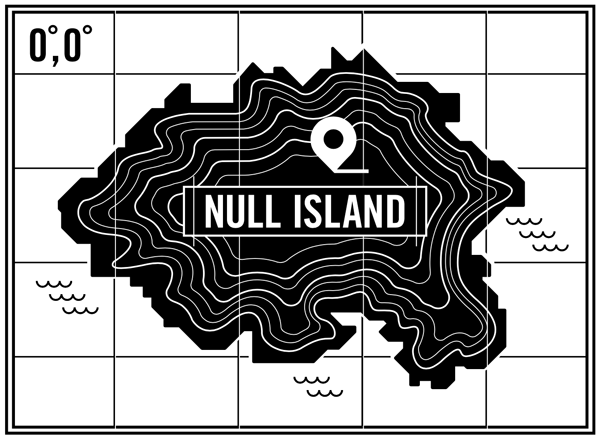 The 1st design for Null Island