Nara was the capital of Japan from 710-784. Its design, including the rectangular city plan and the imperial palace, was based on Chang'an, in China. Nara has several 8th century buildings, and a herd of deer, but the many gardens of Nara have disappeared. It is most probable that they too were Chinese in design. The present deer park was established in 1880 but it contains some ancient structures (see Todai-ji) and has something of the character of an imperial hunting park dating from the Nara period (7th century AD). 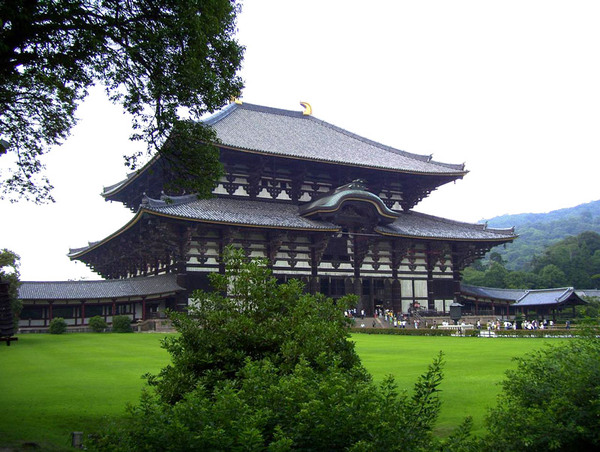