An eighteenth century house and park with a twentieth century garden, made by the Marchioness of Londonderry after 1921. The park is on the shore of Strangford Lough and has a Temple of the Winds (1785) by James 'Athenian' Stuart. The garden has a balustraded terrace, an Italian parrterre garden, a Spanish garden, a sunken garden, a Shamrock garden, a woodland garden and a a lake. The planting is broadly Arts and Crafts, benefiting from a mild humid climate. 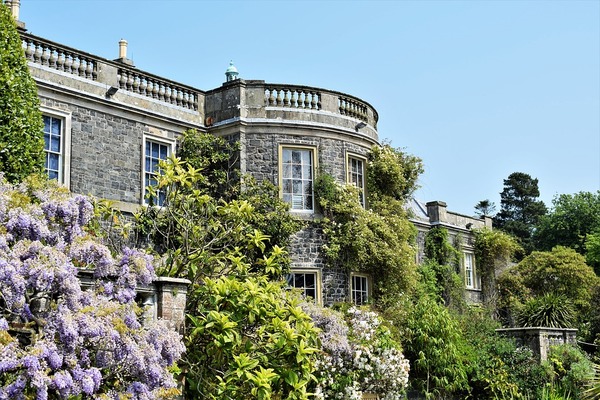