King Louis XII of France (1462-1515) invaded Italy and married his daughter, Renï¿½e, to Hercules dï¿½Este of Ferrara. Following dï¿½Esteï¿½s death in 1560, Renï¿½e went to live in the hilltop castle of Montargis in France. She had quarreled with the catholic church, and become a friend of Calvin, but she had also learned to love gardens in Italy. The medieval castle to which she returned had a keep protected by a turreted outer wall. Du Cerceau was employed to rebuild the castle and lay out a garden on the steep slope beyond its walls. His drawing also shows a small herber in just the place one would expect to find a medieval garden: within the fortifications. It may well have been a survival from the castleï¿½s medieval period. The old castle was demolished after the French Revolution but has been partly rebuilt. 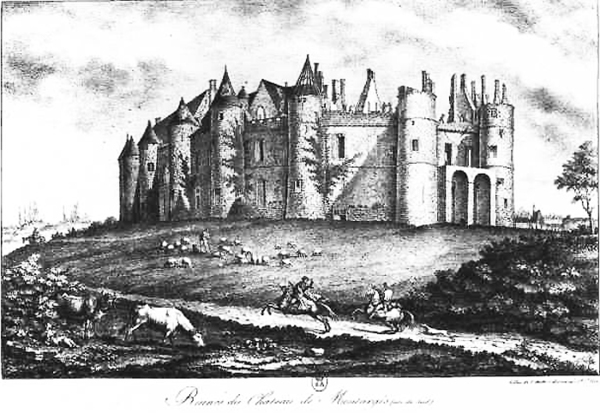