The house, which is moated, dates from the fourteenth century and the garden plan, which has been restored, from 1705. The house is almost unchanged since the eighteenth century. The gardens have rectangles of clipped box enclosing flowering plants known to have been popular in the eighteenth century (iris, peony, aquilegia etc). There is a walled garden, trellis arches, a rose tunnel and a vegetable garden. 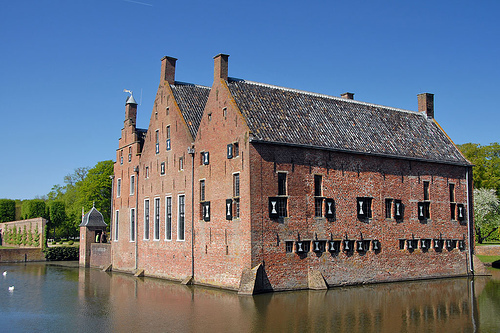