Mandu the 'City of Joy' was built in a beautiful and extraordinary location: a high plateau surrounded by deep wooded valleys. A 60 kilometre wall gave further protection. Access is via a causeway or steep paths up the escarpment. The plateau is strewn with the remains of palaces, gardens, hills, valleys, woods, farms, stepwells, reservoirs, tombs, a mosque and a madrasah. Enough survives to represent the shangri la life of its muslim rulers. They particularly enjoyed Mandu when, during the monsoon, it is cool and green with drifting mists. The Baz Bahadur has an open court with a great flight of steps descending to a pool. The Nil Kanth Palace nestles below the rim of the plateau and has a beautiful pool. The Ship Palace (Jahaz Mahal), sitting between two tanks (Munja and Kapur), has a garden and a rooftop terrace with a pool and a spiral channel cut into the stonework. It was designed as a large harem and the pool was the girl's playground. The Champa Baoli has subterranean bathrooms. Photographs do not convey the magic of Mandu. Imagining the life that has gone is a great pleasure on a lazy hot afternoon 'The native historian declared that women and gold were what wrecked the Mughals, but plenty of both has always in India been the lot of powers and success with the sword'. 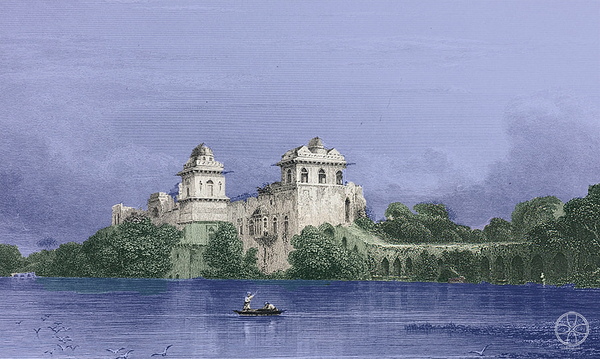 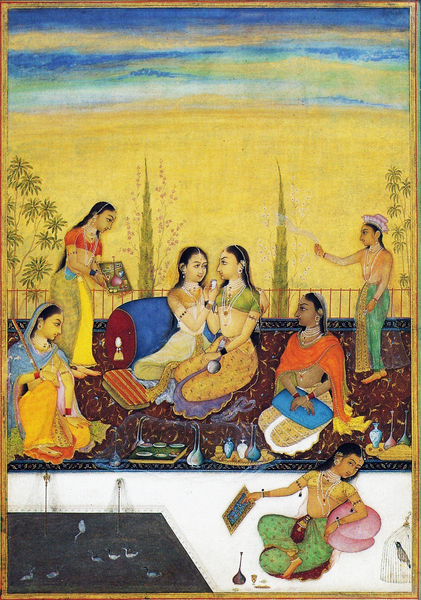 This is not Mandu 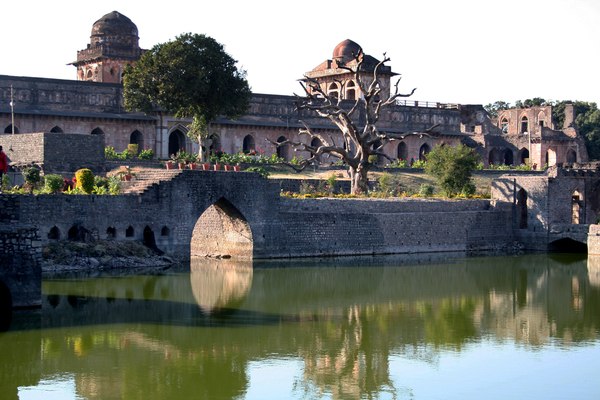 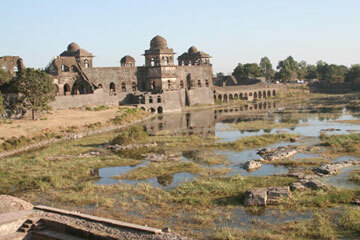 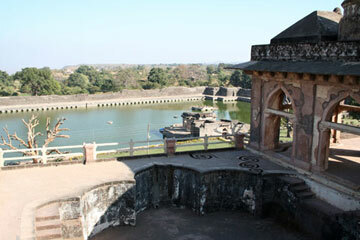