Mahabalipuram, also known as Mamallapuram, flourished as a port city under Pallava dynasty and is now a UNESCO World Heritage Site. Monuments carved from living rock have survived. They include temples, chariots (rathas) and reliefs. Most famous are the bas relief of the Descent of the Ganges and the Shore Temple. The carving, influenced by Buddhist and Dravidian art, and is of particular interest for showing the form of the timber structures which have now disappeared from India and the ever-present enthusiasm for design in relation to the natural landscape. 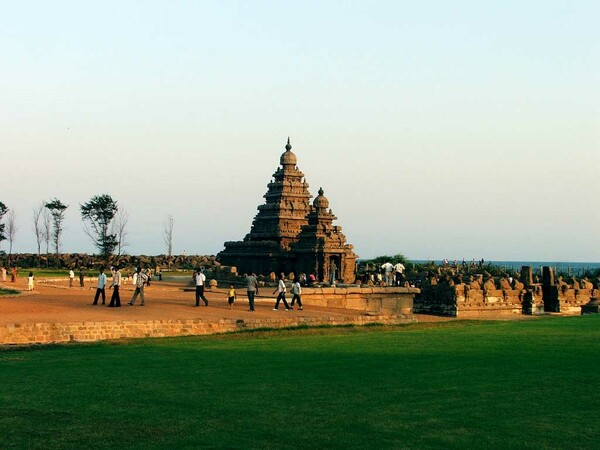