The historic house was lived in by Paul Sauve, a former premier, and by at least five members of parliament. Some plants survive from 1800s but there are no records of the original design. It is now owned by a garden writer (Therese Romer) and is being planted as a flower garden.

The Chénier-Sauvé Estate
Our chronicle begins in the 18th century, when records note that the estate belonged to lord Dumont. Subsequently it passed through the hands of several owners before coming into the possession of Marie-Louise-Zéphirine Labrie, wife of the doctor and famous leader of the patriots Jean-Olivier Chénier. On December 14th, 1837, amidst the rebellion of 1837, the house burned to the ground.
In 1923, the house was acquired by the county deputy of Deux Montagnes. The Arthur Sauvé estate then passes into the hands of his son Paul Sauvé, the future Prime Minister of Quebec. Later it will be resold and come into the possession of the journalist and deputy Pierre de Bellefeuille
It is during this time that Mrs. Thérèse Romer, wife of Mister de Bellefeuille erected the house’s famed gardens, a splendid creation of nearly 30000 mostly indigenous plants and flowers.
In 2001 the house was bequeathed to a non-profit foundation, being acquired by the town of Saint-Eustache several years later.
Since that time, the foundation Maison et Jardins Chénier-Sauvé has taken charge of maintaining the estate’s beautiful gardens and organizing cultural activities there. The site has won particular renown in Quebec as a venue for story tellers.
One may visit the gardens at any time. Admission is free. 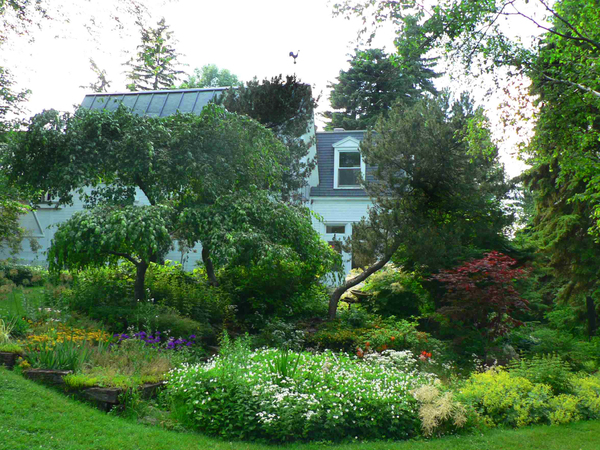 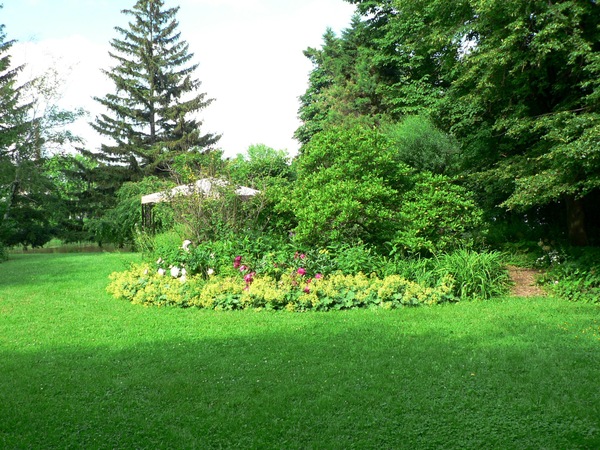