One of the Europe's first botanic gardens, now part of the University of Leiden. It is small and beautifully kept. There is also a Japanese garden named after the scientist Von Siebolt who carried out botanical research in Japan during the 19th century. Part of the botanical garden is a historical reconstruction of the very first version of Leiden university botanical garden. It is a 16th century.garden for medical purposes. There is also a systematic garden named after the Swedish botanist Carl Linnaeus.

The Hortus botanicus is the oldest
botanical garden in the Netherlands and
located in the historical centre of Leiden.
Behind the academy building of the
University of Leiden you will discover
a green oasis with a large collection of
plants native to South-east and East Asia,
Southern Europe and South Africa.
The Hortus is a haven within the city
centre, a historical monument and a
meeting place full of character. People
come here to relax, enjoy the seasons or
to learn more about the diversity of the
vegetable plant. 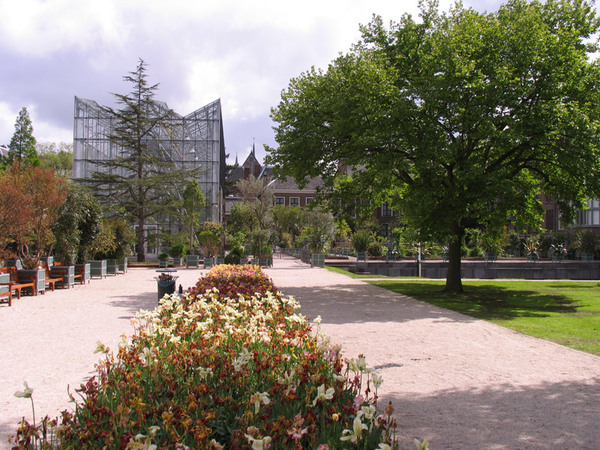 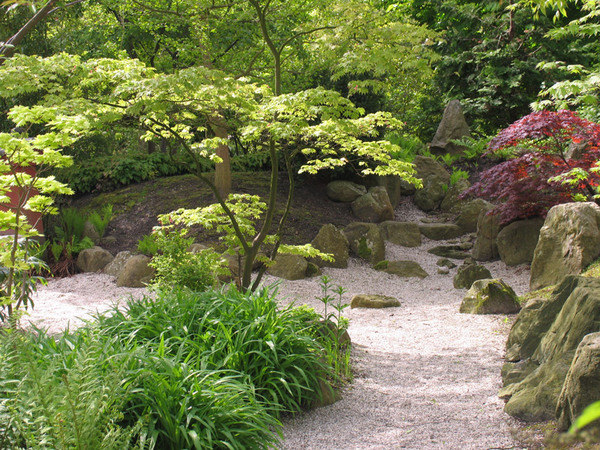 In 1590 the Hortus was founded by the
University of Leiden. In 1594 Carolus Clusius
(1526 - 1609) turned it into a medicinal herb
garden. But Clusius introduced the tulip
and many other plants to the Hortus.
These flowers and plants became known
throughout Western Europe.
A living museum
There are more than ten thousand botanical
species and dozens of bird species growing
and living in the Hortus. For more than
four centuries and to this day plants from
all corners of the world are collected and
cultivated in the garden and greenhouses
for research, education and exhibition
purposes.
The current Front Garden is the oldest part
of the Hortus. It was founded in 1590 and
houses the Clusius garden which is a reconstruction
of the garden of 1594. Here you
will also find the Winter Garden which has
a large collection of Cycades and carnivorous
plants. The Hortus also has a monumental
Orangery dating from 1744 and
extensive tropical greenhouses, many old
trees, a beautiful Fern Garden, Rosarium,
Japanese Garden, Herb Garden, Nut Field
and System Garden. Many famous
international scientists such as Clusius,
Boerhaave, Linnaeus and Einstein were
connected to the Hortus botanicus in
Leiden. In the 19th century the German
physician Philipp Franz von Siebold
(1796 - 1866) brought hundreds of plant
species with him from Japan to the
Netherlands and 15 of these original
introductions can still be found in the
Hortus today.

Research and education
The Hortus botanicus in Leiden has always
been a garden where students come to
study plants. Scientists of the Hortus are
cooperating with NCB Naturalis
(Netherlands Centre for Biodiversity
Naturalis) to write research on plant
species. The Hortus also plays an important
role in the cultivation and preservation
of endangered species. Dutch and foreign
botanical gardens are cooperating and
exchanging material in order to preserve
these threatened species.