The area between the towns of Lednice and Valtice is an extensive 'landscape region' which was treated as parkland. When inscribing the area, UNESCO gave the following account of its character: "Between the 17th and 20th centuries, the ruling dukes of Liechtenstein transformed their domains in southern Moravia into a striking landscape. It married Baroque architecture (mainly the work of Johann Bernhard Fischer von Erlach) and the classical and neo-Gothic style of the castles of Lednice and Valtice with countryside fashioned according to English romantic principles of landscape architecture. At 200 sq km, it is one of the largest artificial landscapes in Europe." A straight road leads from Lednice to Valtice.

A serpentine landscape park was made here in the late-eighteenth century on the site of a baroque garden. A large lake was made and various buildings erected: a minaret, a ruined Roman aqueduct, a medieval castle, a Temple of Apollo, a Chinese pavilion, a Dutch fisherman's house and an English conservatory. The garden was further embellished, in the mid-nineteenth century, with an English-inspired Italian revival garden. Today, it is best regarded as a fine example of the Mixed Style. 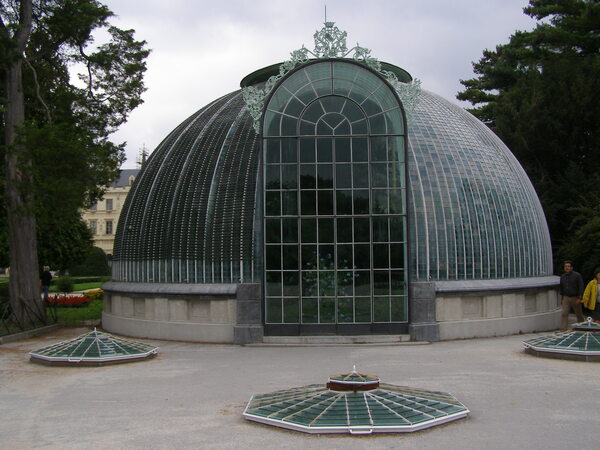 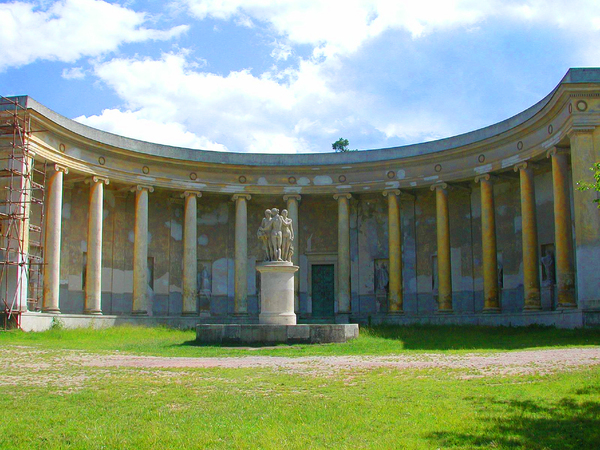 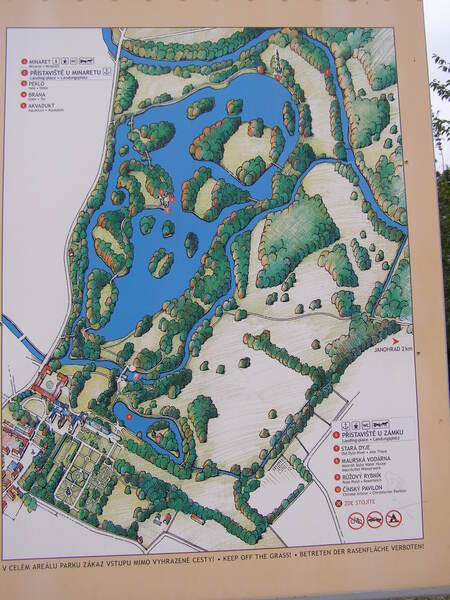 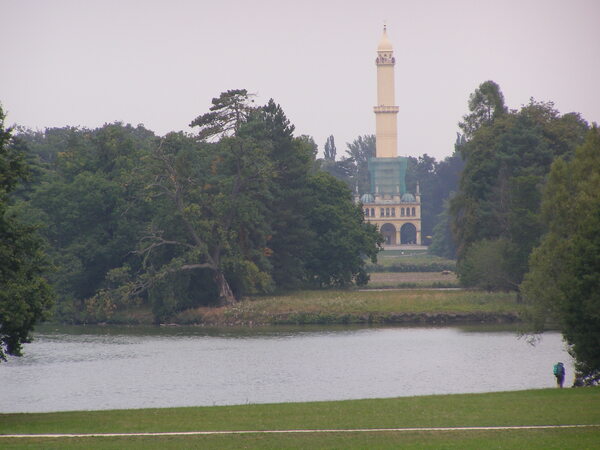