A Spanish baroque garden made for Philip V. The king of Spain was a grandson of Louis XIV, had lived at Versailles and employed French designers: Rene  Carlier and Esteban Boutelou. Critics have compared their work, unfavourably, to Versailles. But La Granja is a very different kind of place. Intended as a royal retreat, not a seat of power, it is set in the mountains. Philip V and his court came here as an escape from the heat of Madrid. La Granja, means 'The Farm'. Abundant water flows from the mountains. A reservoir on the hill feeds cascades, fountains and basins. The main cascade, of marble and coloured jaspar, is a typically late baroque feature. French sculptors were employed but their work is not of the best quality. The garden has a central axis and, in keeping with the garden's role, it is less dominant than the Versailles axis. It also climbs a hill instead of descending into a valley. The maze at La Granja is based on a design by Dezallier D'Arganville. Philip V's son made the garden at Caserta. [info Casa Valdes p 163). 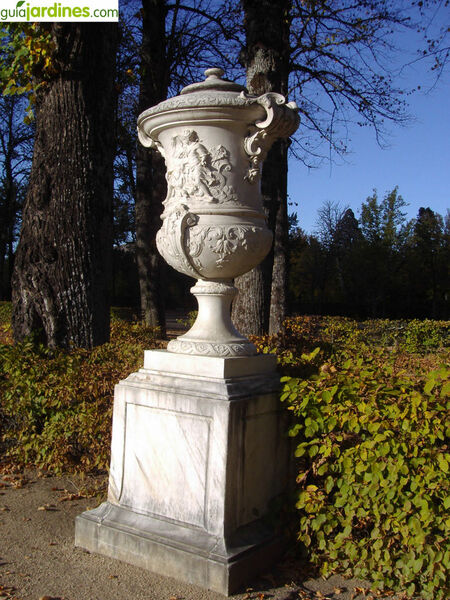 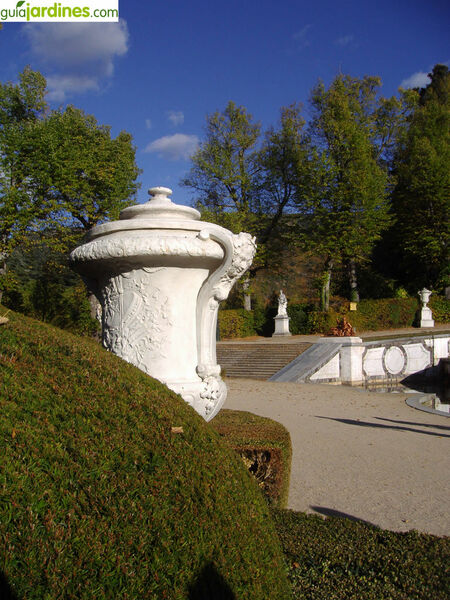 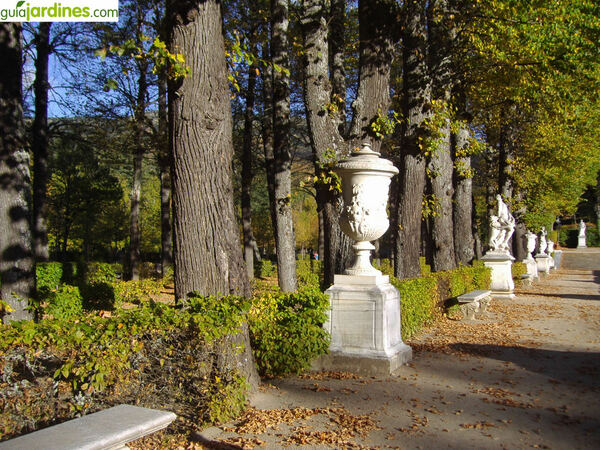 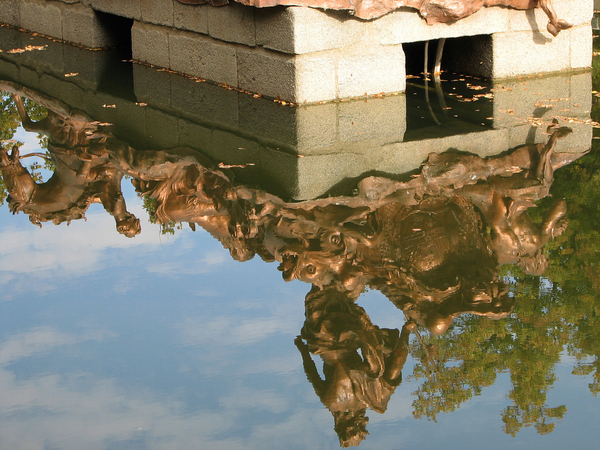 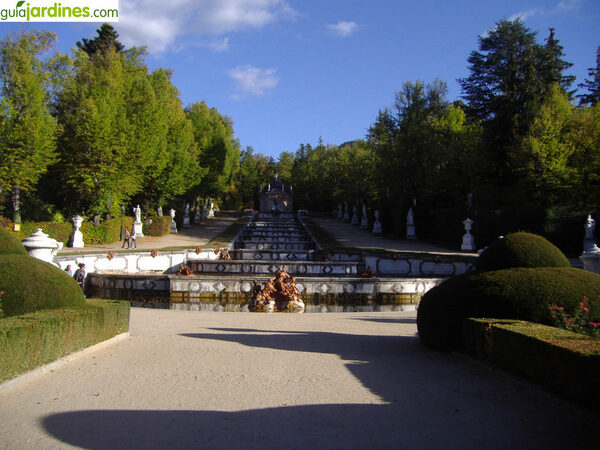