Christopher Thacker, in his History of Garden Design, describes Kasteel Weldheim as 'To my mind the best preserved of the great nineteenth century formal gardens and one of the best in quality in Holland' ( p.245). It was originally a seventeenth century renaissance canal garden and is now an example of the eclectic Mixed Style (including a reconstruction of the canal old garden). The present Weldam castle was built in 1645 and expanded in 1897. It is surrounded by a moat. The present design of the gardens was by Edouard Andre and his pupil Hugo Poortman at the end of the 19th century.It can be result is an Old-Dutch garden with a French character surrounded by a landscape park. 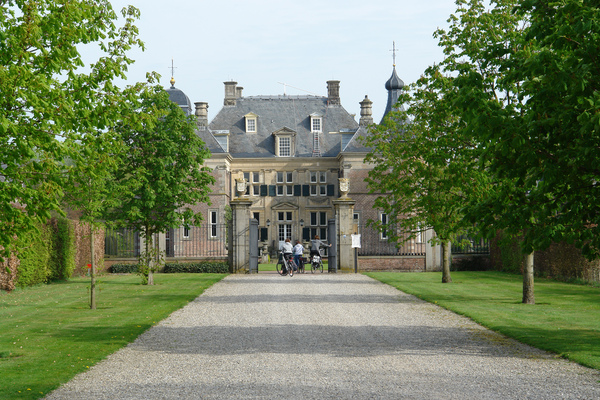