Kanchipuram is a city of temples and one of the oldest settlements in South India. Under the Pallava dynasty, from the 4th to the 9th centuries, Kanchipuram was a capital city, fortified with ramparts and moats. The Pallavas were a maritime power engaged in trade with South East Asia. Kanchipuram was then ruled by the Cholas from the 10th century to the 13th century. The Ekambareswarar Temple, dedicated to Lord Shiva, covers 16 hectares. It has a ceremonial water tank and a hallway with a thousand pillars. As with Greek temples, it is a building to mark a sacred place in the landscape rather than a temple garden. See note on Hindu Gardens. 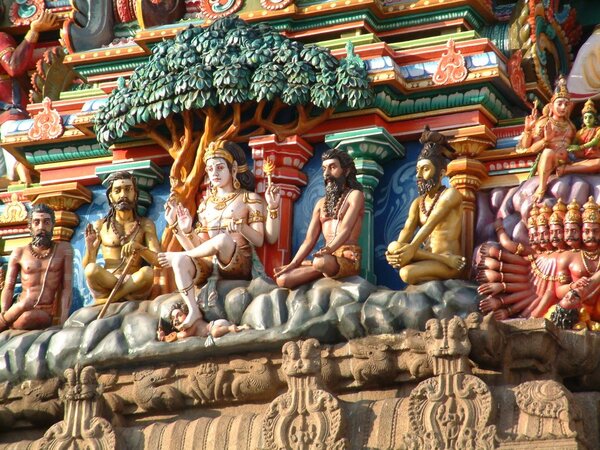 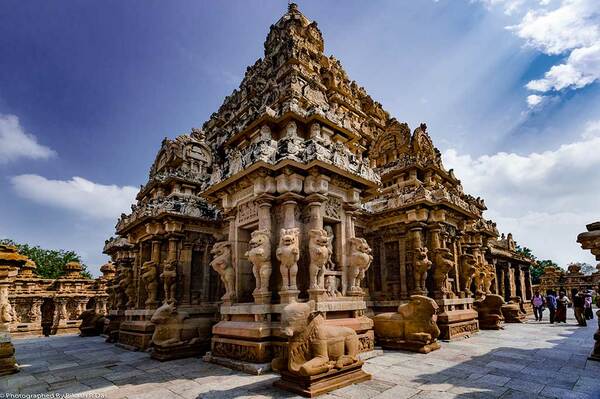 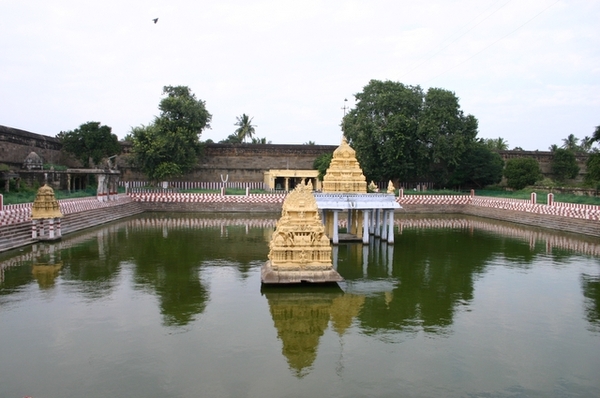 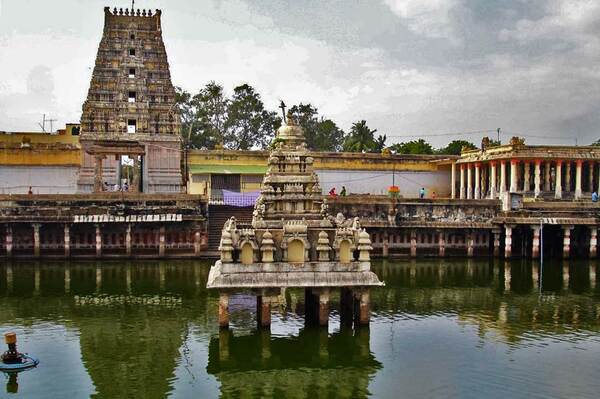