Henri and Patricia Sidler have developed the garden since 1993. There is a circular rose garden, woodland walk and a lake with an island. The layout of the garden is visible on the satellite image if you zoom in on the location map below. 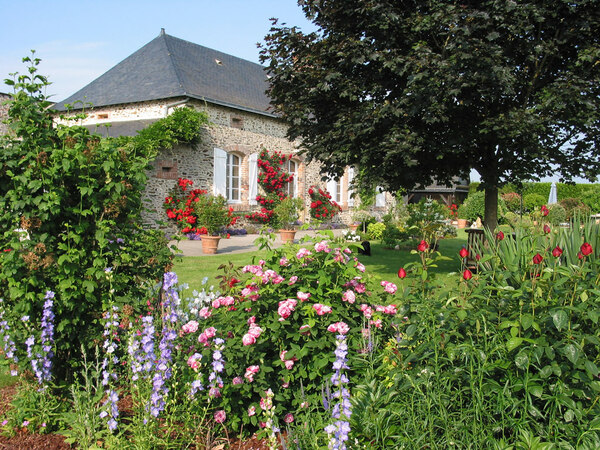 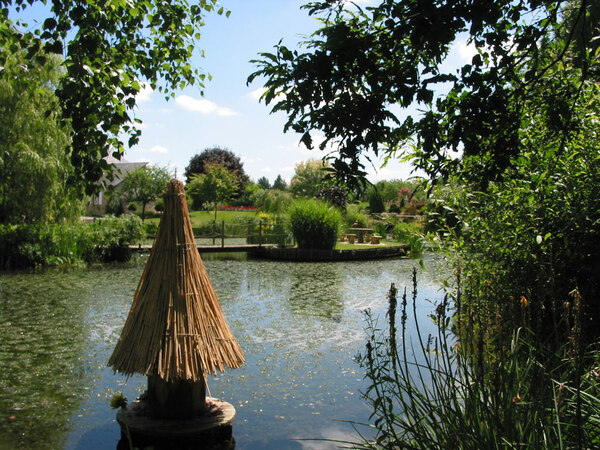 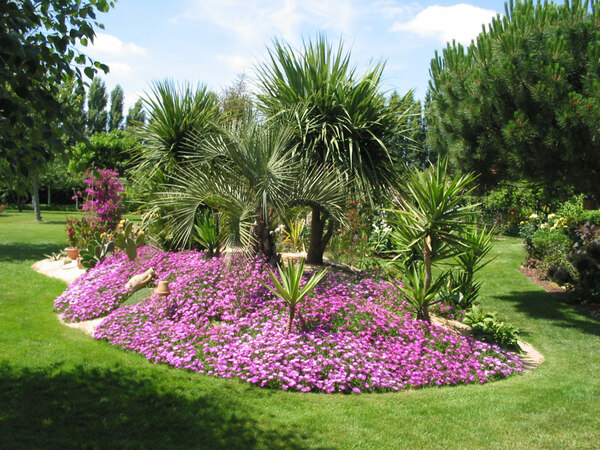 Built in the 19th century, the Grand Boulay has been a farm up to 1975. There was a big kitchen garden in front of the house, and in the back ground an orchard. The pond was small. The courtyard was occupied by the agricultural machines, the rabbits and a stock of beetroots.
The house is abandoned, the kitchen garden and the orchard are transformed into feed.

In the 1980s, the property became a golf practice. The owners encircled it with thuyas, poplars, a big wooded hedge, with a pine forest (black kindling of pines of Austria), of two oaks, two beautiful cedars and a red maple.

On 2008 : The decision is taken to reorganize the courtyard, with for the first time the assistance of a landscape architect, Anne-Mie AERTS. The works will spread out all over the year.

Projects are not missing in order to magnify our garden. We have decided to open it to the public to share our passion and facilitate new meetings.

from Tuesday to Saturday. Open 2pm to 6pm. Also open 1st Sunday of the month from mid April to mid October and according our agenda of events (see our web site). Other times by appointment all the year.

Adults 6€. Free for children under 16. Groups from 10 persons 5€ for free visit and 6€ for guiding tour. Annual entry card 12€. For school children please call us.