Philip II built a monastry combined with a royal palace, a tomb and a garden. It was a memorial to his father, Charles V, a symbol of his piety and a fulfillment of a vow, made after God granted him a victory over the French at Saint-Quentin in 1557. Juan de Bautista and Juan de Herrara were the designers. Philip II was cold, scholarly, diligent and deeply religious. He ruled the world's first empire 'on which the sun never set', mainly by writing letters in the privacy of his study. It embraced huge areas of Europe, the Americas and the South Pacific. Galleon-loads of South American gold were used to prosecute European wars and to carry out extensive building works. Renaissance palace-monasteries became a Spanish innovation. The inner courtyards of The Escorial have a dignified splendour, rich and formal. The Cloister of the Evangelists, named after its white marble statues of the apostles, is one of the largest garden courts in the world. The renaissance garden outside the immense palace, is often regarded by visitors as bleak and gloomy, like Philip II's character. Granite, too, has this reputation. Philip loved flowers and his parterres were brightly planted, 'like fine Turkish carpets brought from Cairo or Damascus' [p 58, TT's book]. Yet the parterres and arcaded courtyards of the Escorial, despite their resemblence to domestic features, are solemn and religious. Originally, they were planted with flowers. Today they are planted with box hedges. They are temple gardens. Herein lies their power. 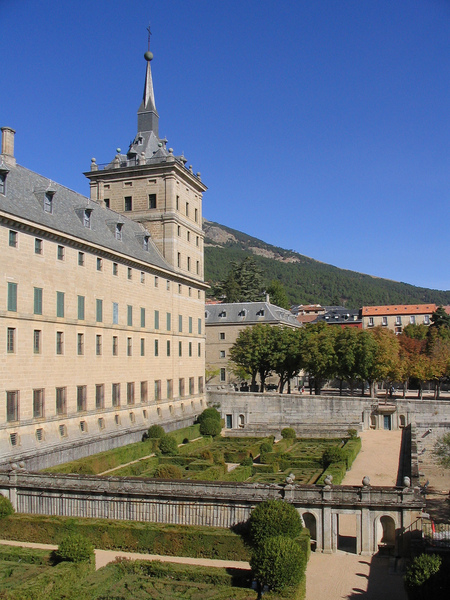 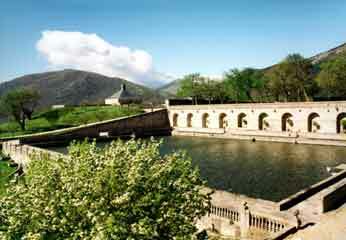 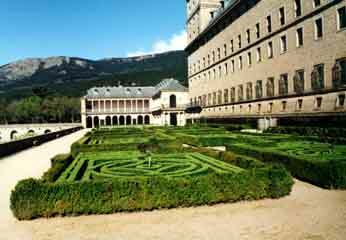