The tomb of Ismael Samani belongs to the founder of the Samanid dynasty (875-999 AD) and is one of the most perfect early Islamic tombs. The design appears to draw upon Zoroastrian structures. It is domed and has four identical facades. The basket-work brickwork is richly textured, protected by having been buried for centuries - the tomb was uncovered by the Russians in 1934. The tomb was originally in a cemetery and is now in the Samani public park with several water tanks. The garden setting lets one see the connection between early Islamic mausoleums and the later tomb gardens of Mughal India. 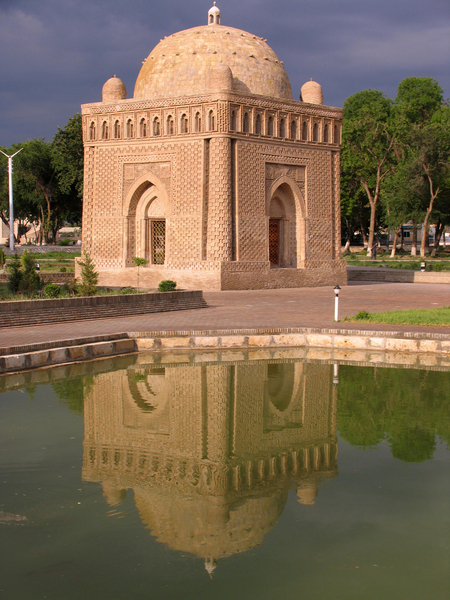