The baroque palace on Insel Mainau was built in 1740. The island was bought by the Hungarian-Austrian Prince Nikolaus II Esterházy de Galantha in 1827  and by Grand Duke Frederick I of Baden in 1853  It  was furnished with an ornamental Mixed Style garden in the mid-nineteenth century. Insel Mainau is immaculately maintained and attracts a large number of visitors. Count Lennart Bernadott, who belonged to the Swedish royal family,  married a commoner, lost his claim to the succession, moved to Mainau and began restoring and re-shaping the gardens. He lived here from 1932-2004. Known as the Island of Flowers, Insel Mainau has both tropical and sub-tropical plants. There is also a substantial arboretum and an Italian Rose Garden laid  with pergolas and sculptures. 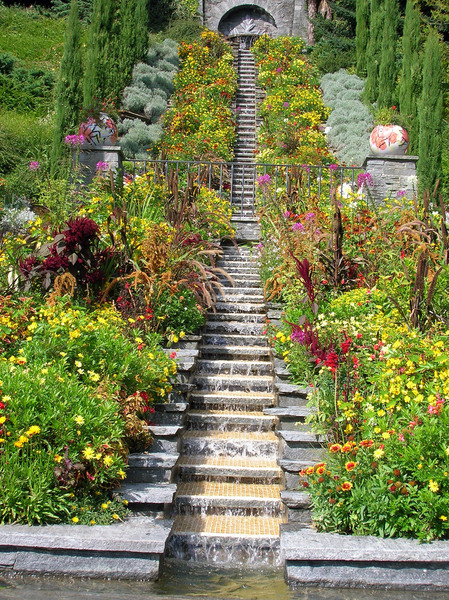 All year. Sunrise to sunset.