A remarkably disciplined Dutch-German Baroque garden. In addition to being large, the garden is symmetrical in its use of axial prospects, parterres, round basins, sculpture and dramatic hedges. The site is enclosed by a canal but, because it is flat, makes little use of the surrounding landscape. The outdoor theatre, with its gilded lead statuary, has been much admired and remains in use. The garden was made by the Electress Sophie. Her mother and father made the Hortus Palatinus. Sophie spent her childhood in the Netherlands before her marriage to the Elector of Saxony. She spoke French and had her French gardener, Martin Charbonnier, trained in Holland. Her son, George I of England, has a mausoleum in the garden. The Schloss used to be the focus of the garden but was destroyed by bombing in 1943. Outside the garden, lies a romantic (Anglo-German) landscape park with a soft almost-marshy character. It has a temple dedicated to the philosopher Leibniz, who used to come here. 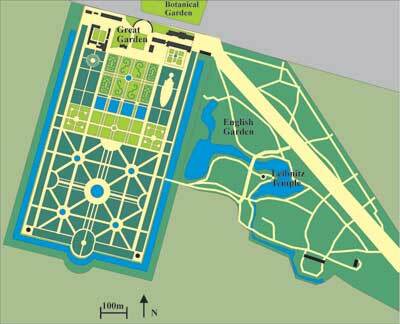 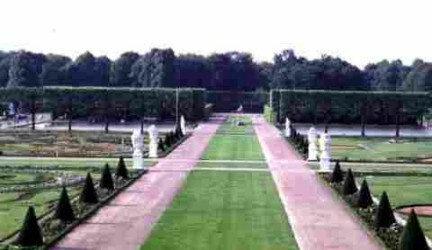 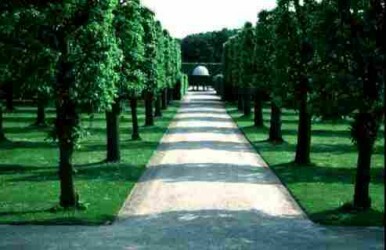 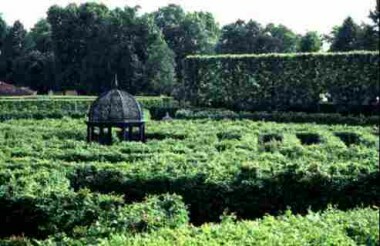