The city of Harappa was founded in the Indus Valley c2600BC and is regarded as one of the world's first cities. The civilisation which built the city had a Middle Eastern origin and is thought to have been Elamite. Harappa has houses, streets, wells and enclosed outdoor spaces. The outdoor spaces may have been planted and may be regarded as ancient gardens but there is a lack of archaeological evidence to show if and how they were planted. 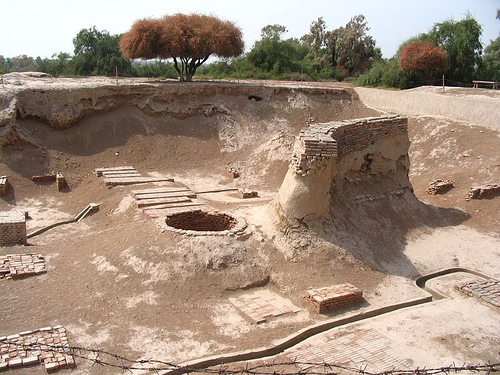