Oliver and Isabel Stine named her home after one of her favorite places in Japan, Fuji-Hakone National Park. She employed Tsunematsu Shintani (1877-1921) to design her 'Moon Viewing' House and garden designer Naoharu Aihara (1870-1941), from a family of Imperial gardeners in Koyobashi, Tokyo, to design her garden. It has a master stone, a worshipping stone, a guest Isle, a stroll garden with lanterns. The garden was purchased by the City of Saratoga in 1966 and restored by Tanso Ishihara a Kyoto garden designer. Hakone Gardens therefore have a degree of authenticity not often enjoyed by Japanese gardens outside Japan. See Gardenvisit Timeline of Japanese garden history. 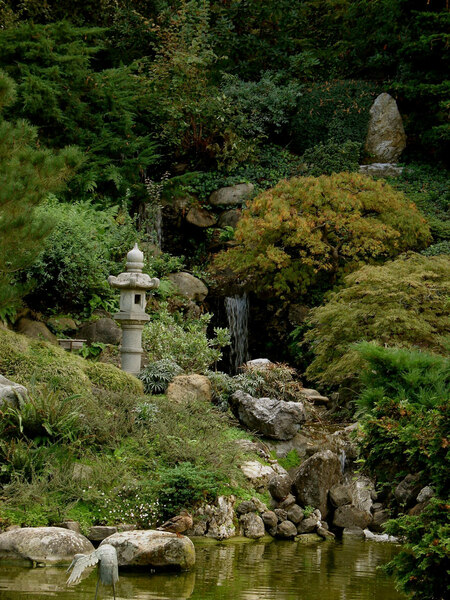 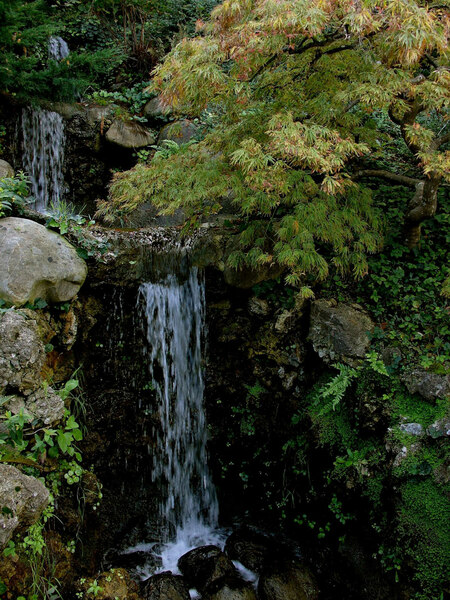 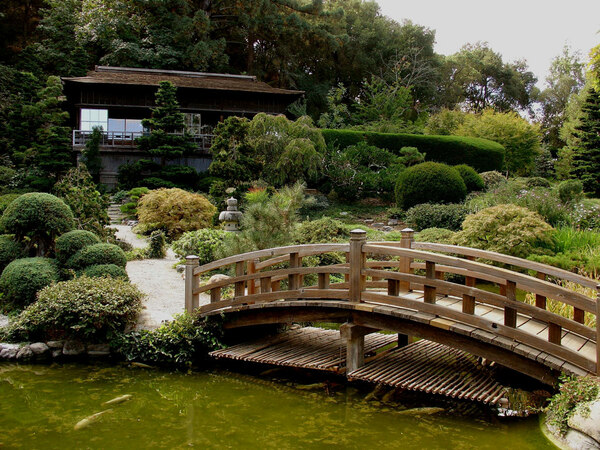 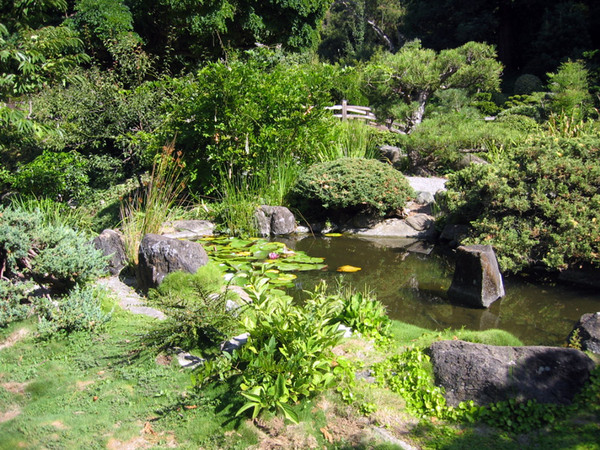 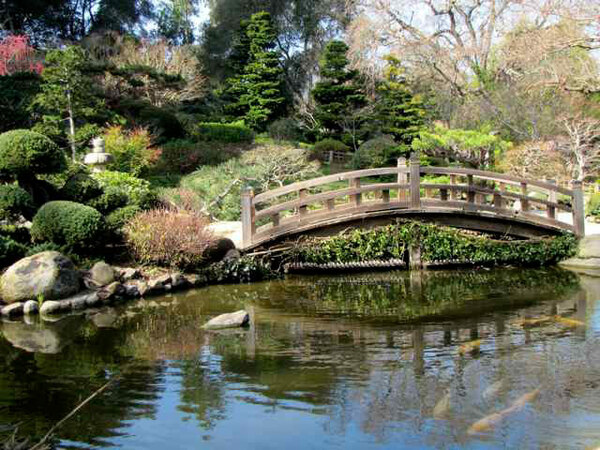 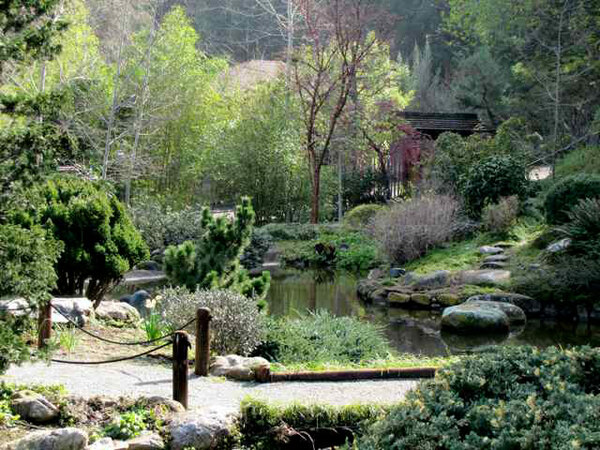 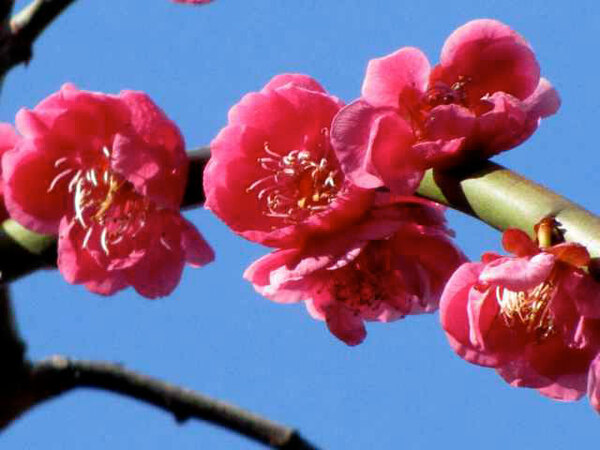