Gwalior has one of India's greatest forts. It belonged to Hindu rulers before it was taken by the Turks and then the Mughals. A ninth century temple has the earliest text with the numeral zero (0) - used in the description of a place where flowers were grown. The fortified enclosure contains two palaces: the Gujari Mahal and the Man Singh Palace (also known as the Chit Mandir or Painted Palace), which is richly decorated and has traditional Indian paved courtyards. 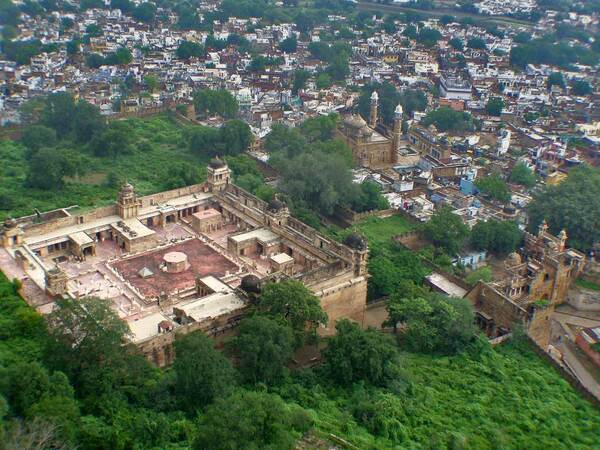 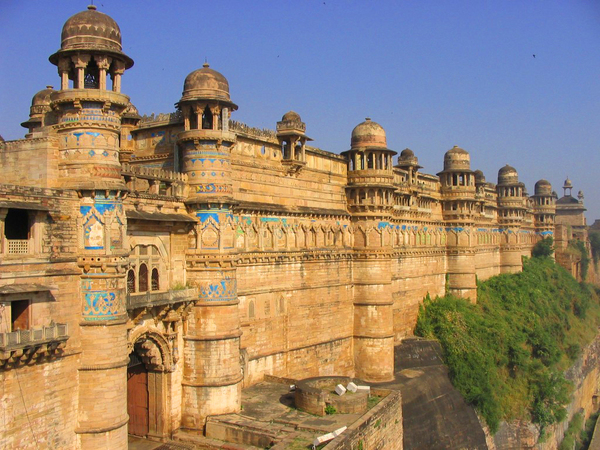 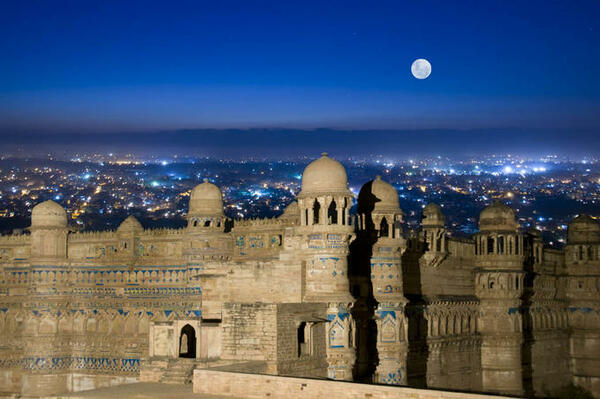