Gut Kartzitz is a baroque estate (1750) on the island of Ruegen. Some chestnut trees from two parellel alleys and a pond survive from the original park. An English style garden was built in the rear of the park circa 1800. After a period of neglect, Ernst von Schinkel became the owner of the property in 1935 and he started renovations. In 1945, the estate was expropriated and became a housing estate.  His son Joachim von Schinkel got back the property following the reunification of Germany and erected a memorial to his family on the burial island in the Great Pond. He later sold Gut Kartzitz to Count and Countess Knyphausen. 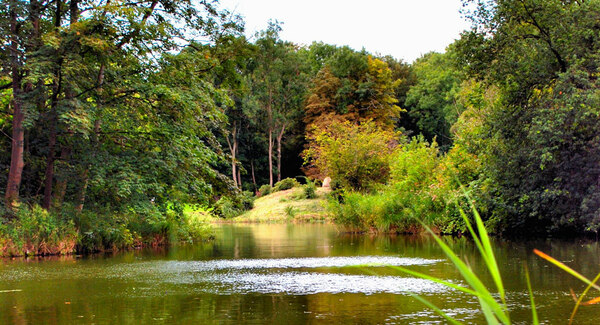 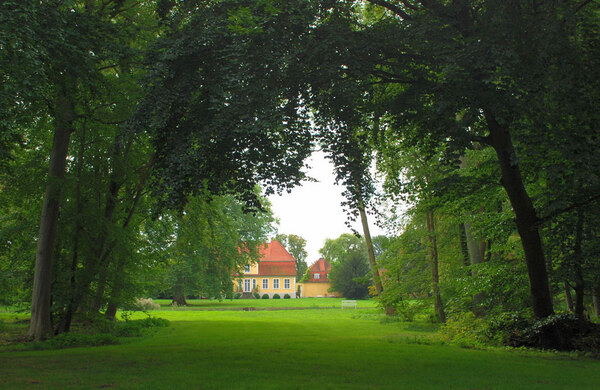 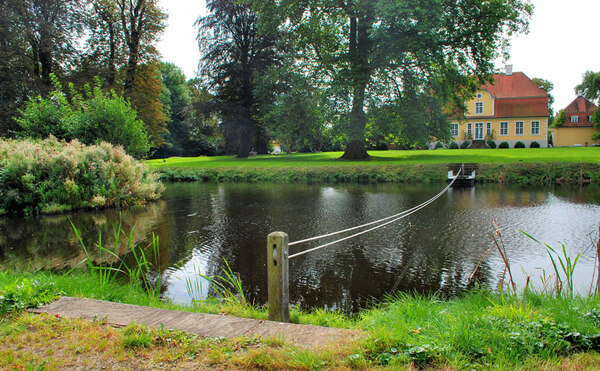 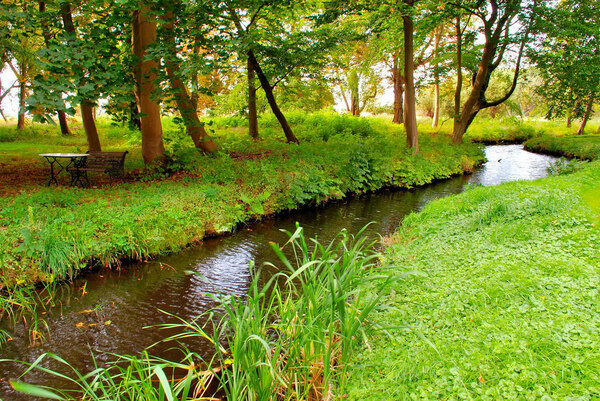 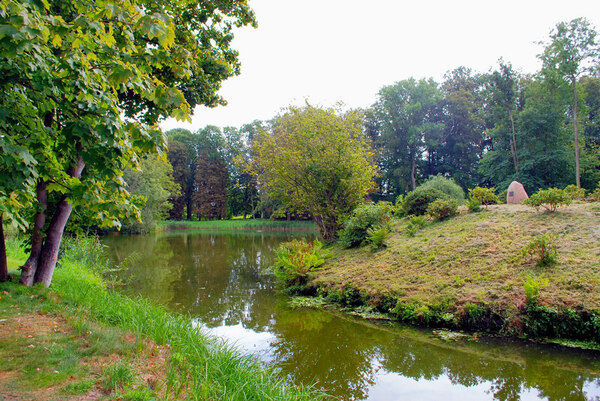