The oldest park in Indianapolis was started in 1873 and named in honor of President James A Garfield. George Edward Kessler, appointed as landscape architect in 1908 and produced a formal design for the Sunken Gardens. The Conservatory overlook the gardens as though it were a princely mansion.

The Sunken Garden includes three acres of European classical formal gardens. The garden's graceful historic fountains, paved walkways and benches throughout the landscape, make it a gorgeous and relaxing retreat from citylife. The gardens are planted with three different seasonal displays a year. Both the gardens and the conservatory are completely handicap accessible. 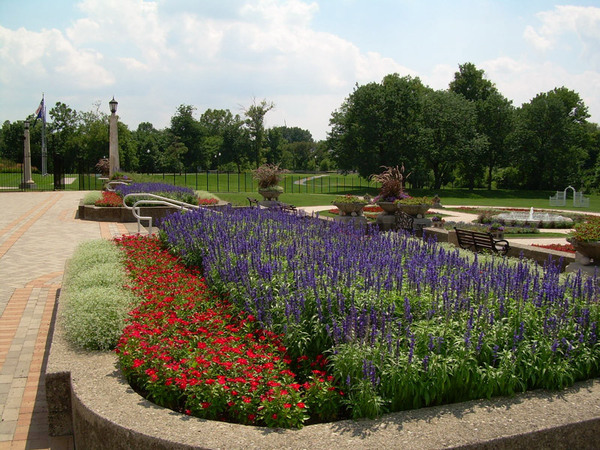 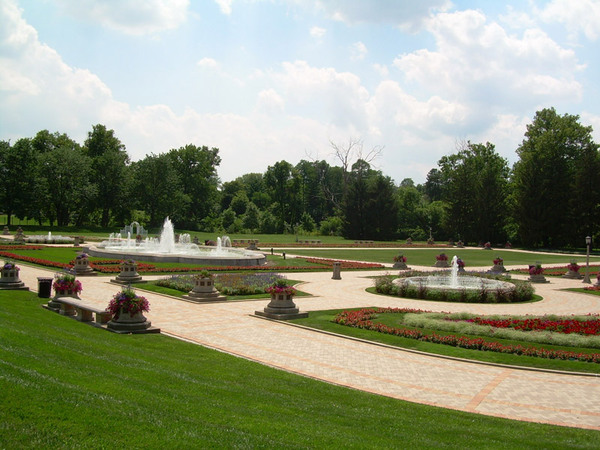 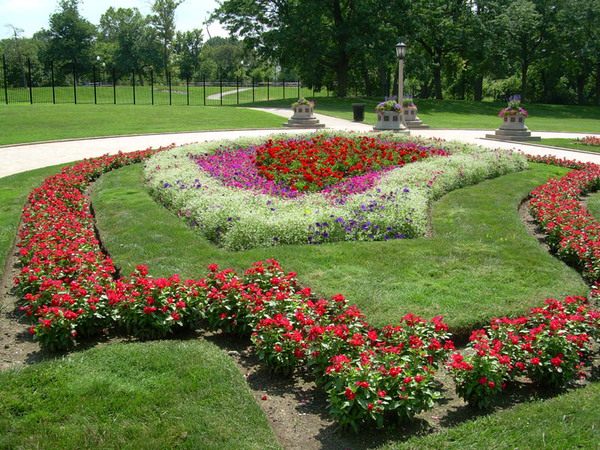 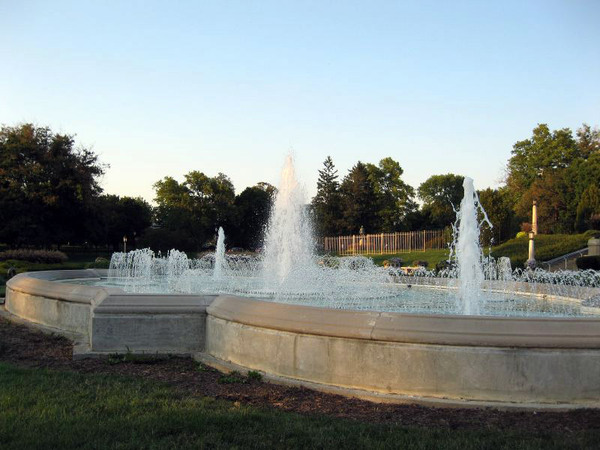 On October 29, 1916 the Sunken Garden was dedicated and opened to the public. Like the Conservatory, the Sunken Garden was built by the design of respected German landscape architect George Edward Kessler. It included brick walks, three lighted fountains and concretes vases at the walk intersections. By the end of the 1930's the Sunken Garden had grown and matured. The plantings were lush, but their general layout still conformed to Kessler's original formal design. The formal gardens were originally surrounded by outlying informal perennial planting beds and curving fish ponds that are no longer present.Today the areas that were formerly outlying perennial beds are now large formal turf areas used frequently throughout the warmer months for wedding ceremonies and an ongoing summer concert series known as Music in the Garden. There are 3 main floral displays that change each year in the Sunken Garden: spring tulips which generally peak in mid-April, summer annuals that peak June-August and fall mums that flower in September and October.

Admission to Sunken Garden is always free. Admission to the Conservatory is generally free except during special shows like Poinsettia & Holiday Trains or the Spring Bulb Show.