An Austro-Hungarian version of the French Baroque. The plan resembles that of Versailles and was intended to glorify the Esterhaza family. They were Hungarian magnates, subjects of the Austro-Hungarian empire who lived in more ostentatious splendour than the Hapsburgs. The garden was made on flat land beside one of the largest lakes in Europe, the Neusiedlersee. The swamp was drained, canals were cut, embankments were made. The palace had 126 guest rooms and two ballrooms. A vast kitchen garden supplied all the household's vegetable needs. Vineyards and hunting reserves made the estate more than self-sufficient. Lavish festivities were held, with shooting, dancing and theatrical entertainments. The estate fell into decay after 1790 and was devastated during the second world war. Restoration has begun. Is this Europe's last Baroque garden? Is there a comeuppnace to its destruction? 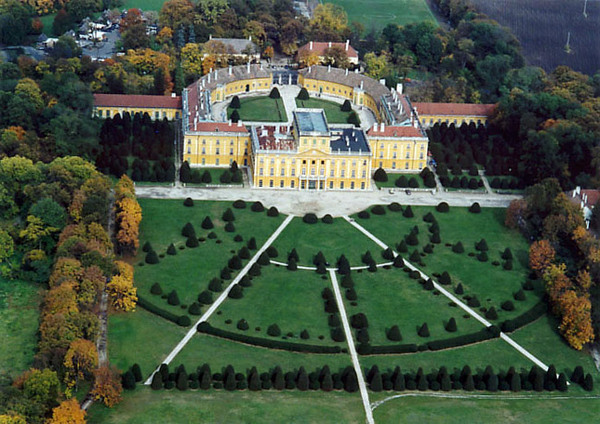