A Greek city founded circa 600 BC, later occupied by the Romans and then destroyed by the Goths in 262 AD. It was famous for the Temple of Artemis (or Diana). The city has a rectangular street pattern and a theatre with a capacity for 25,000. The agora (market place) is surrounded stoas (sheltered promenades). There is a large gymnasium complex with baths which is a good example of the type of place which the Romans were later to incorporate in their gardens - see, for example, Hadrian's Villa at Tivoli. 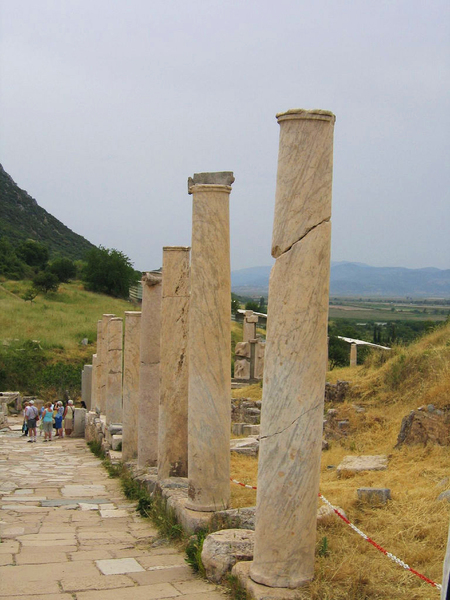 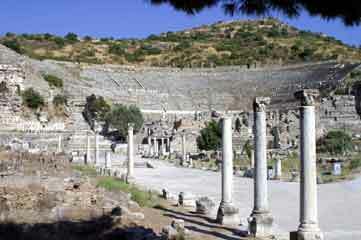