Hagley is the birthplace of the DuPont Company. EI du Pont came from France to America as a gardener and retained his interest in gardens after founding the chemical company which bears his name. The garden has been restored on its original site to the period of its cultivation by E. I. du Pont, 1803-1834. There are carefully laid out planting beds crisscrossed by gravel paths and bordered by fruit trees. A significant feature of the early garden was the border planting of dwarf fruit trees trained en quenouille, a style popular in France. Various garden structures installed by du Pont a pump (1811) and summerhouse (1817) have been reconstructed. It is a colourful garden with hyacinths, crocuses, jonquils and trumpet narcissus in spring and then zinnias, cardinal flowers and sunflowers followed by scarlet sage, chrysanthemums and dahlias in summer. The plan for the restored garden was drawn in 1972 by William H. Frederick, Landscape Architect. 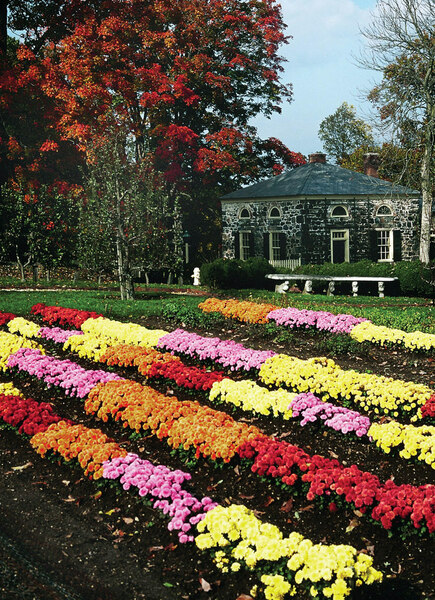 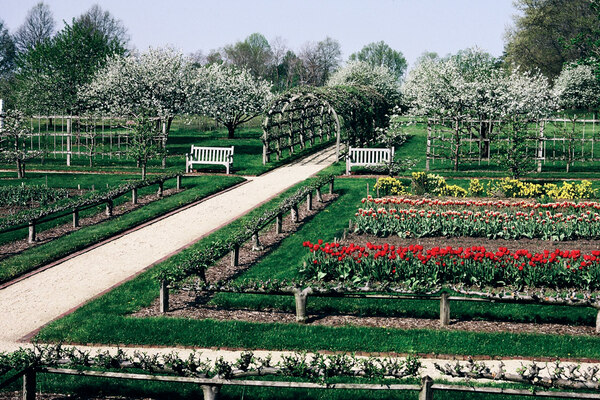