The home of the oracle has a spectacular site on the slopes of Mount Parnassos overlooking the Gulf of Corinth. It was started in Mycenaeanan times and developed in classical times, famed as the 'navel of the earth'. After the Acropolis in Athens, Delphi is the most visited archaeological site in Greece. It has an extraordinary site in a cleft in the mountains between Mount Parnassus the Gulf of Corinth. Since early times there was a Spring, sacred to the Earth Mother, Ge. It is now known as the Castalian Spring and local drivers continue to stop and fill their water-bottles. Mount Parnassus, from whence the spring arises, was sacred to Dionysos and the Maenads. In classical times the central feature of Delphi was the walled Sanctuary of Apollo (see reconstruction, by A Tournaire, 1902). It contained a Temple of Apollo, with an alter in front, a Sacred Way lined with Treasuries, and a Theatre. Outside the Sanctuary lay a Stadium, a village and a second Sanctuary, dedicated to Athena Pronaia. A sanctuary was a sacred precinct with, it might be said, something of the character of a nineteenth century European cemetery. 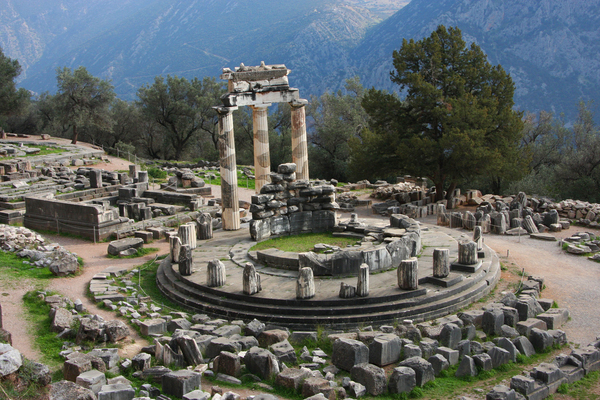 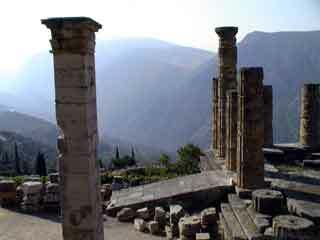 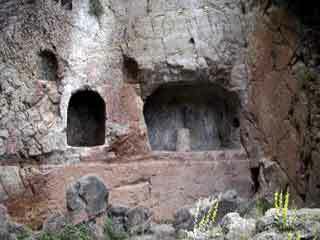