Delos had great importance in ancient times as the birthplace of Apollo and Artemis. This led to the establishment of a religious sanctuary, a great trading centre, and development of the island as an administrative centre of the Cyclades group of island (the name comes from the circle which these islands form around Delos). In 543 BC Peisistratos carried out a 'purification' (katharsis) by which tombs were removed from the sanctuary, making it more holy. It was forbidden to give birth or die on the island. Delos is often described as a 'holy island' but it was also a large town and a rich trading centre. Its oracle was second in importance to Delphi. Festivals and games were held - the gymnasium and stadium survive. The Romans and Levantines had trading posts on Delos. The island was sacked by pirates in 69BC and was soon uninhabited, making it a place of outstanding interest to the archaeologist. There are three points of particular interest to garden historians: (1) the Sacred Lake with its watching row of marble lions. It is likely that, as in Egypt, there was also a Sacred Grove. (2) the layout of the Greek residential area. This is one of the few places where the pattern of a Greek residential area can be seen, though it was also occupied and developed by the Romans. (3) the roofed Grotto of Herakles on the western slope of Mount Kynthos. It is thought to have been made in Hellenistic times - but looks Mycenean. 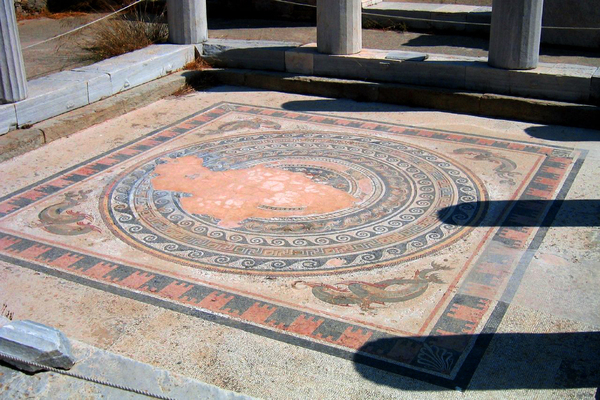 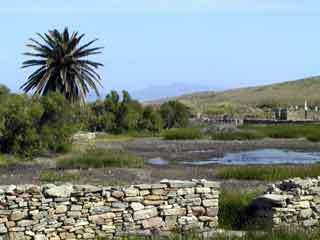 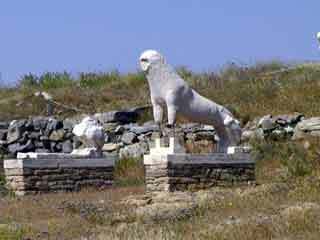