Daulatabad is a fortress city with 5 km of walls. The hill on which it is built was formerly known as The Hill of the Gods (Devagiri) and was re-named the City of Fortune (Daulatabad) by Mohammed Tughlaq in the 14th century when he planned to move the populartion of Delhi here. Daulatabad has residential buildings for its rulers but they too are dominated by defense. Aurangzeb was buried 10 km away, at Khuldabad, reflecting that 'I myself am forlorn and destitute, and misery is my ultimate lot'. As with many forts in India, the origin of Daulatabad is Hindu but much of its character is Muslim-influenced. This applies as much to the layout of the fort as to its open spaces. See chart of Asian garden design styles. 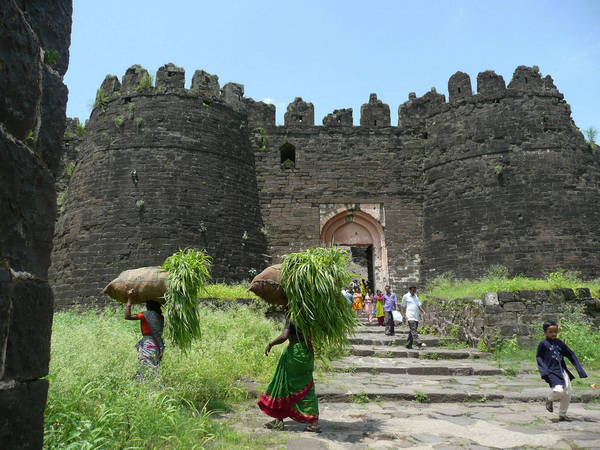 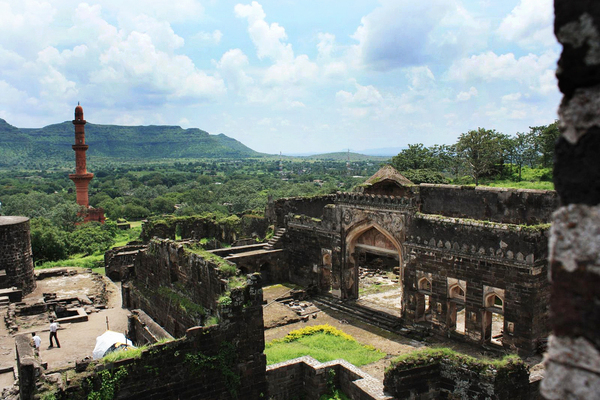