The Great Mosque in Cordoba, started in 785 by Abd al-Rahman II, is larger than the Great Mosque in Damascus and was built over a longer period. It has also changed more and now has a gothic cathedral at its centre. The sanctuary is famed for its 'forest' of columns, borrowed from older buildings, supporting the roof on double arches. With an outdoor court and indoor sanctuary, the planning of the building is similar to the Great Mosque in Damsascus. The court, always an integral part of the design, originally had a free-standing treasury building. Around 990, the court was planted and became the Patio of Orange Trees. The original lines of trees are said to have been aligned with the internal columns of the mosque. They are now set in a pattern of irrigation channels. 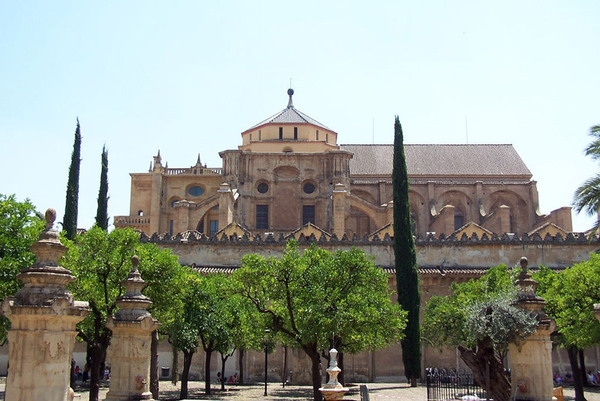