The ancient fortress of Chittor (Chittorgarh) presents a scene of grandeur and desolation - with several features of interest for the garden tourist. The layout of Rana Kumbha Palace, on the north west section of the plateau, is integrated with a stepwell and has several green courts. Padmini's Palace has a well developed, if rather too European, garden and an extravagant water pavilion (Jal Mahal) in the adjoining artificial lake. The Tower of Victory and the Tower of Fame enjoy significant locations in the overall landscape. There is a deer park at the south end of the plateau. The Fatta House has some orchard trees, in keeping with the old tradition of planting such places. It is difficult to view any of the sites on the plateau without recalling the heroism with which its one time Mewar owners chose death to defeat. The fort is Hindu in origin but was taken by the (Islamic) Delhi Sultanate in 1303. 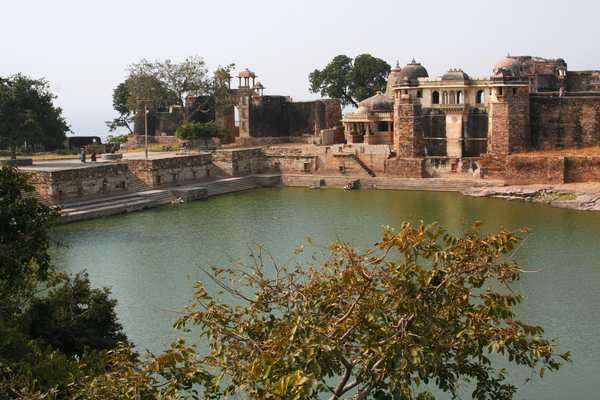 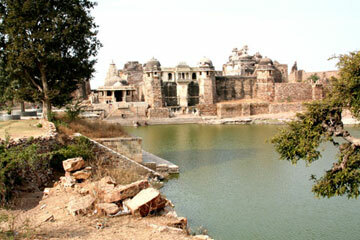