An imaginative twentieth century re-creation of a renaissance castle garden. The moated Chateau dates from c1536 and had a formal garden in the eighteenth century. The present garden dates from the years after 1906 when it was bought by a Spaniard, Dr Joachim Carvallo. Inspired by the Arts and Crafts movement, he wished the garden to have a sixteenth century character. Great horticultural skill was deployed, especially in the use of vegetables. An arbour of grape vines leads to a great parterre, conceived as a Garden of Music. On the other side of the canal is a Garden of Love. Symbolising the moods of love, it looks rectangular from the chateau but is actually trapezoid. The aesthetically designed vegetable garden is based on an illustration from Du Cerceau's Les plus excellents bastiments de France (1576). Despite its origins, Villandry is the work of a twentieth century imagination. 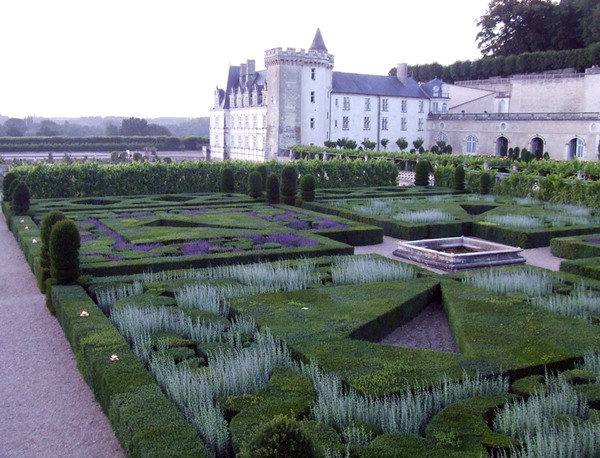 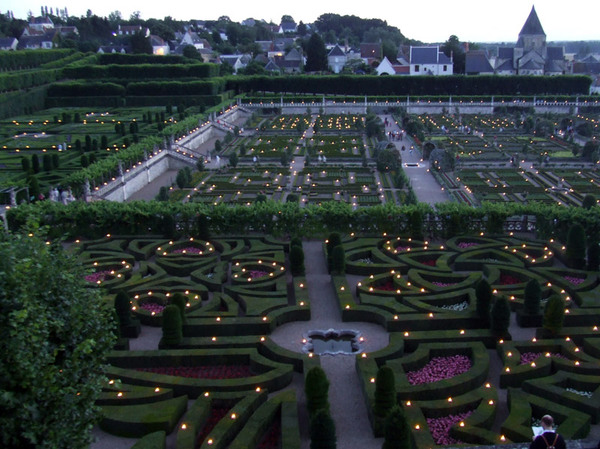 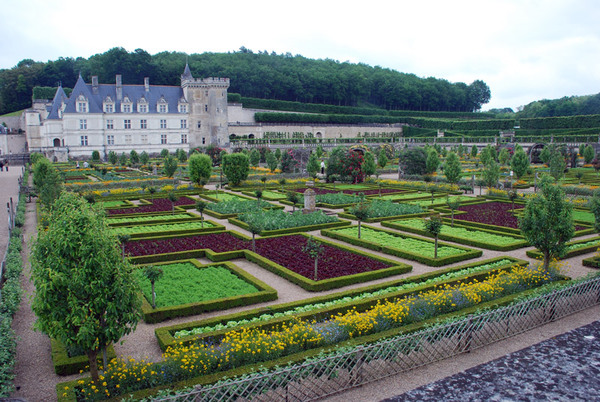 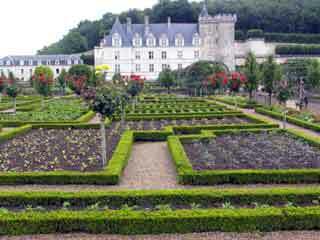 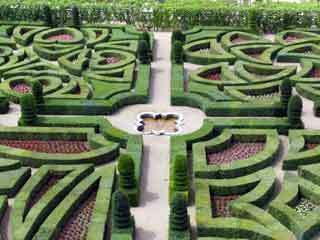 Garden open all year daily from 9am.