Catal Huyuk, often described as 'the world's oldest city', was made by the Hittites in central Anatolia. The city was built with the houses joined together. There were no windows or doors: access was from roof level. But, as shown on the drawing, there were also outdoor courts. Their use is not known (it could have been for plants and/or animals) but they fit the definition of a garden as an 'enclosed outdoor space'. As can be seen from the map, the city is surrounded by productive flat land which could have been used or agriculture or horticulture. 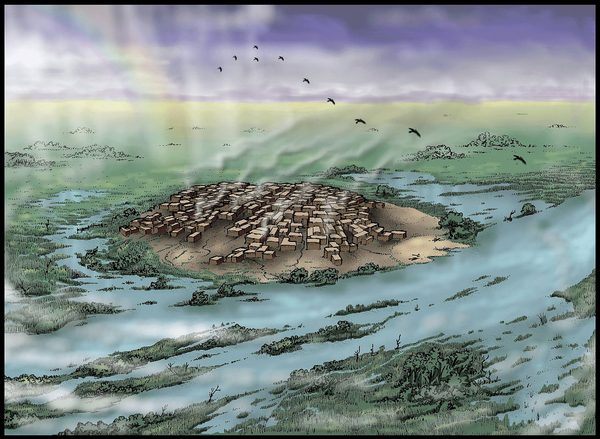 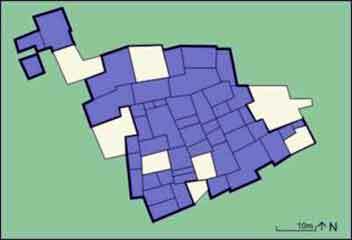 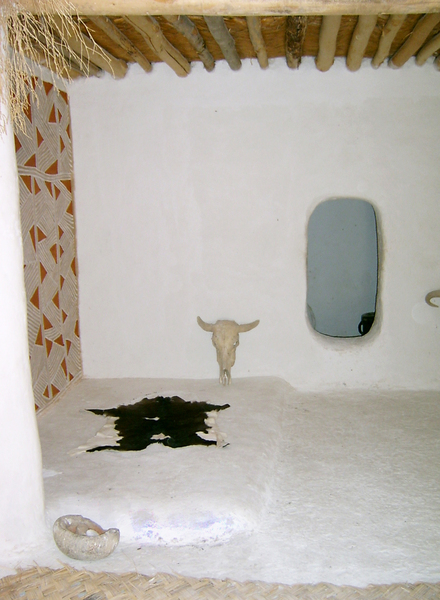