Brodsworth Hall was built in the 1860s in the Italianate style like Queen Victoria's Osborne House, though furnished on a more comfortable and domestic scale. Much of its original scheme survives today, making it one of England's most unaltered Victorian country houses. The gardens, a collection of 'grand gardens in miniature', have been restored to their Victorian splendour, reflecting the desires and aspirations of Victorian country gentry. The original focus of the formal garden, the three-tiered Italian marble 'Dolphin Fountain', has recently been conserved, and now flows again for the first time in living memory. The flower garden displays a fine selection of period bedding plants, and the romantic views from the restored summerhouse take in both the formal gardens and the pleasure grounds. Of special interest are the restored woodland garden, the statue walks and the fern dell, planted with unusual specimens. There is also a new collection of species roses near the rose garden in the newly developed Rose Dell.

Brodsworth gardens are an excellent example of high Victorian horticulture, a snap shot of a period when money was no object. Their intricate design hints at the grand aspirations of a newly wealthy family and creates a series of grand gardens in miniature by the use of inter twining paths and cleverly positioned planting. With several plant collections on site there is also something for the plantsman, including 100 different rose cultivars, 80 different ferns and 100 historic holly cultivars. 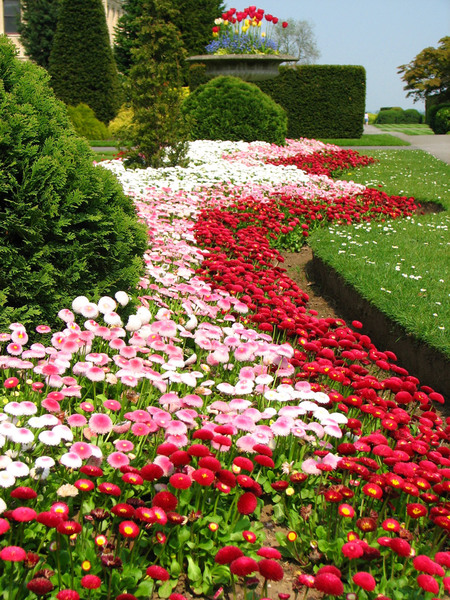 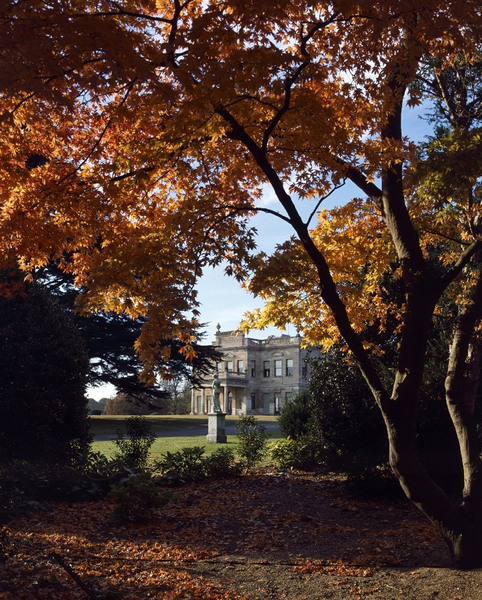 Originally laid out in 1863 by Charles Sabine Augustus Thellusson, the gardens continued to develop for over 30 years until the wealth of the family started to decline, instigated by the start of the First World War. From then on the neglect started to take effect. English Heritage took ownership of the site in 1990 after being gifted it by the family and found a garden, frozen in time buried under 80 years worth of neglect. Work began in 1995 in the formal gardens with the restoration of the Italianate evergreen shrubberies and formal flower gardens. 1998 - 2001 saw the restoration of the rock garden known as Fern Dell, progress in the Grove and the planting of the Victorian Rose Garden. More recent projects have included a woodland garden, herbaceous borders and the development of a species rose collection and, new for 2008, the restoration of the alpine beds.