The garden was established in 1817 (as Lands Plantentuin), by the Dutch, on a site adjoining a palace which  Sir Stamford Raffles had planned as an English landscape garden. The aim was to collect and study the plants of Java with a particular view to their commercial uses. The garden suffered during Java's war for independence and during the Japanese occupation. In 1962 it became part of the Lembaga Biologi Nasional (LBN) (National Biological Institute) 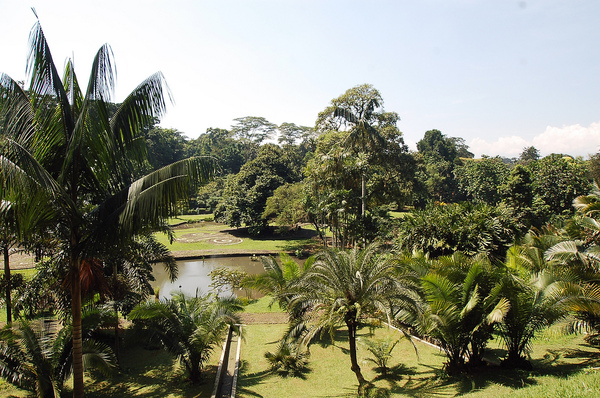